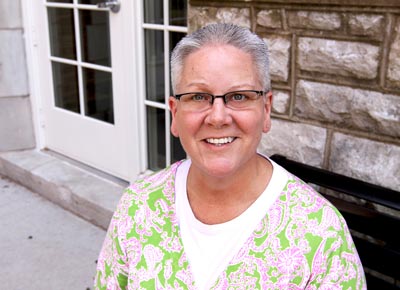 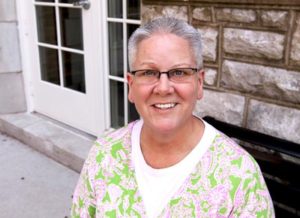 Phyllis Grant’s one-word call to action is fast becoming legend in the halls of Columbia College. Every Thursday morning, you’ll hear Grant exclaim “Recycling!” as she makes her rounds collecting recyclable office waste. Her unmistakable voice instantly spurs people to act, prompting heads to poke out of offices, followed by a rush of people toting their bins of recyclables.

For the past 25 years, Grant has undertaken this labor of love. “Twenty-five years ago, I thought this (recycling) would make Columbia College cutting edge, “ said Grant, payroll manager at Columbia College. “College administration was very receptive, and they ultimately partnered with Civic Recycling.”

Grant’s efforts are indicative of the college’s overall commitment to sustainability, which can best be seen with the recent renovation of Missouri Hall. Missouri Hall, previously a Christian College dormitory and current home to departments such as Admissions, Financial Aid and Enrollment Management, was in need of repair prior to the renovation. The college felt that the need for renovation presented an opportunity to fully embrace the green-building phenomenon.

In conjunction with Simon Oswald Associates, the college mapped out and executed a plan that drew heavily from key green-building principles: cutting-edge energy consumption measures and energy-efficient design. The project, which was completed in 2007 for approximately $3.9 million, improved indoor environmental quality and reduced energy consumption, while preserving the rich tradition and arresting visual nature of the building. The college’s efforts to “go green” didn’t go unnoticed, as the renovation earned Columbia College a LEED Silver certification from the U.S. Green Building Council. At the time, Missouri Hall’s award was the first of its kind in Columbia.

“We try to be aware of our surroundings,” said Sallie Coley, director of Events, Protocol and Design. “Whether its motion-controlled lighting in Missouri Hall or replacing all indoor incandescent lighting on campus, the college strives to be good steward of energy.”

With sustainability and recycling top of mind during April – often dubbed Earth Month, there are many ways to take action. On the Columbia campus, Phyllis Grant is doing her part and hopes future generations will do the same. “I feel like it’s what we all should be doing–in our workplaces, at home, wherever we have an opportunity.”