Milestones across the nation 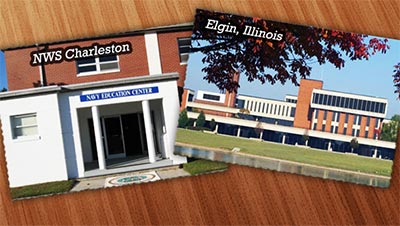 The Elgin campus, which shares a partnership with the Elgin Community College (ECC), held a reception welcoming students and alumni from both schools, as well as members from the local business community. 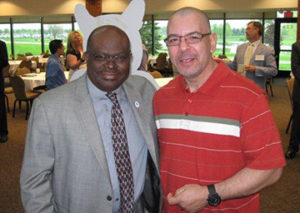 Winesburg was on hand along with approximately 50 other guests, including Karen Beckstrom, who has been the director of the Columbia College of Missouri-Elgin campus for 11 of its 15 years. She addressed the audience, highlighting the partnership between Columbia College and ECC.

“It has been a blessing to be involved with the development and growth of this campus and partnership with Elgin Community College,” Beckstrom said. “It has been a wonderful example of two colleges supporting each other and providing educational opportunities for the community. We are looking forward to serving Elgin and northern Illinois for many years to come.” 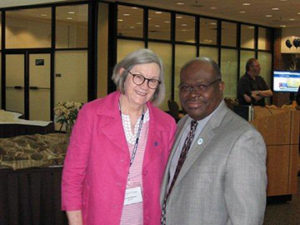 The Charleston campus opened in 2008 as Columbia College-Naval Weapons Station Charleston, and was renamed in 2010 to reflect the weapons station’s joint partnership with the Charleston Air Force Base. Campus Director Keith McIver has been with the campus since its inception.

“We are proud to be successful in attracting students because of our convenient, flexible schedule, our online delivery, our ability to work with military and adult students, and our great customer service,” says McIver of the campus’ accomplishments. “In the next five years, I look forward to the campus having even more course offerings, a robust student roster, graduations and an alumni gathering.”

The Elgin and Charleston campuses are two of the 34 Nationwide Campuses created by the Division of Adult Higher Education (AHE), which celebrates its 40th anniversary this year. The anniversary will be observed throughout the college on Aug. 29. The date was selected to coincide with the rededication of a remodeled St. Louis campus, which became the first Nationwide Campus in 1973.