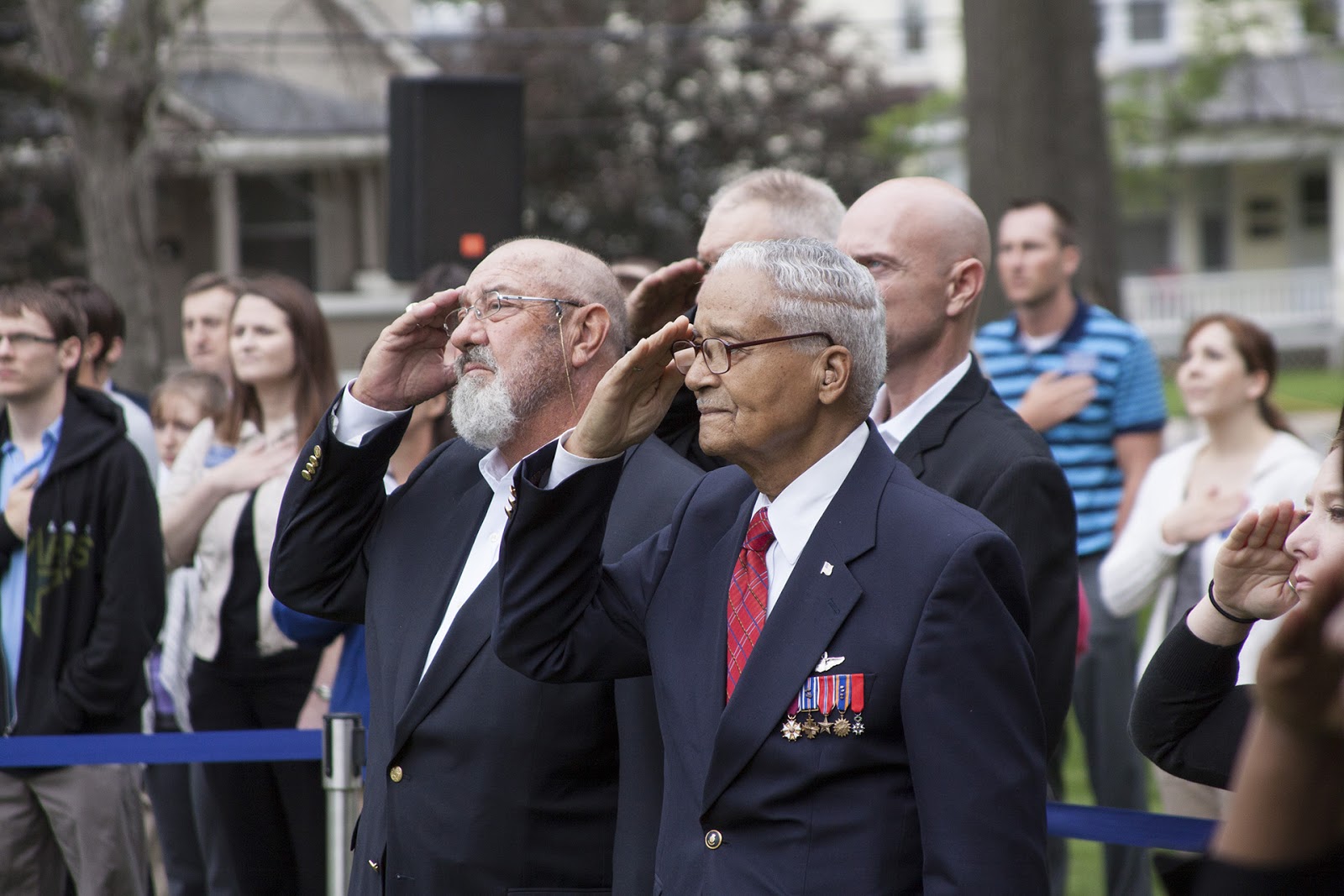 President Gerald T. Brouder and Vice President Mike Randerson will share the honor of being named grand marshals for the Salute to Veterans Airshow Monday, May 27, 2013 at 9:55 a.m. in downtown Columbia, Mo. This is the first time in 25 years there have been two grand marshals named. 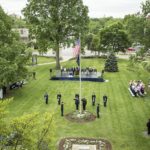 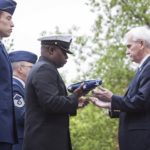 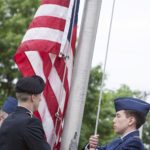 The flag detail raises the Flag. 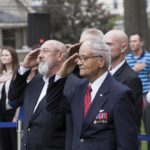 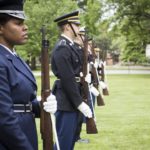 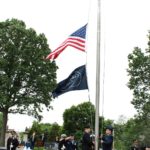 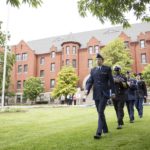 Military service is woven into the fabric of Columbia College. And that connection is evident in all the college does – especially celebrations like the college’s Military Recognition Day.

“We are humbled by the sacrifices made by our military students,” said Tery Donelson, vice president for Enrollment Management, and an Air Force veteran. “As an institution, we take great pride in offering programs and policies that support service members’ unique educational needs, and we look to honor their service to our country.”

Columbia College will celebrate its sixth annual Military Recognition Day May 23 on Bass Commons. This event will honor students, faculty and staff who currently are serving or who have served in the military.

The event will begin with a raising of the flag flown at Columbia College-San Diego by a color guard consisting of students, faculty and staff who are currently serving or have previously served in the military.

Tuskegee Airman Colonel Charles McGee, a 1978 Columbia College alumnus, will be on hand to present the scholarship that bears his name to Marilyn Smith, a student at Columbia College-Fort Stewart. McGee is a true military legend, evidenced by his staggering combat service. McGee flew a record 409 missions and logged 1,151 combat hours, while serving in World War II, and the Korean and Vietnam wars. His Air Force fighter combat record still stands. In 2007, McGee was awarded the Congressional Gold Medal, the nation’s highest civilian honor, recognizing his illustrious military career. McGee was recently recognized in Washington DC at an alumni event on Capitol Hill where he was presented with Congressional Records from Senator Roy Blunt and Representative Emanuel Cleaver. (Check out a slideshow from the event.)

Nearly 25 percent of Columbia College students either are service members, veterans or their dependents. Many of those associated with the military are enrolled throughout the Columbia College Nationwide system of 35 campuses, 18 of which are located on military bases, including one in Guantanamo Bay, Cuba.