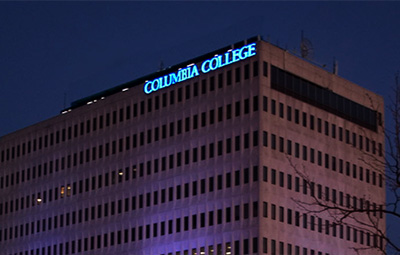 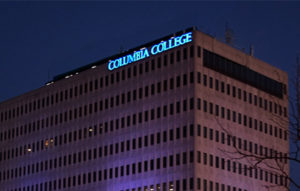 Being a small campus in a sprawling metro can make for an arduous existence. For a prospective student, there’s no shortage of suitors that claim to have the “perfect fit,” and no shortage of noise coming from competing institutions. This sort of market forces institutions to adapt to succeed, and Columbia College-Kansas City has done just that.

“We are small, but mighty,” said Cindy Miller, campus director.

Initially established in Blue Springs in 1988, the Kansas City campus moved to Independence in 1993, and then to its current location in the Blue Ridge Tower in 2006. The move provided enhanced educational facilities and opportunities to the Kansas City area communities. Miller attributes much of the campus’ vitality to the quality of the faculty and unwavering dedication of her staff, but also to the campus’ commitment to establishing and cultivating partnerships in the community.

“We are embedded within our community–we have strong relationships with folks not only in Independence and Raytown, but all over eastern Jackson County, including Blue Springs, Lee’s Summit and Grain Valley,” said Miller. “We strive to provide the best educational opportunities for folks in the Kansas City metro area.”

This dedication to making connections has led to increased visibility for the campus, especially with people of influence in the Kansas City business community. Miller and her staff have memberships with the Blue Springs, Raytown, Independence and Lee’s Summit chambers of commerce. Miller sits on the Lee’s Summit Chamber of Commerce Board of Directors, which has allowed her to have important conversations, and also shape the image of the college within the community.

“I think we will be known by our reputation, so we work very hard to do the right thing, to treat people the right way,” said Miller. “I think that’s why our students stay with us, and also why we get so many referrals.”

The Kansas City campus is one of the 34 Nationwide Campuses created by the Division of Adult Higher Education (AHE), which, this year, celebrates 40 years educating adults across the country. The anniversary will be observed throughout the college on Aug. 29. The date was selected to coincide with the rededication of a remodeled St. Louis campus, which became the first Nationwide Campus in 1973.