The search for a president 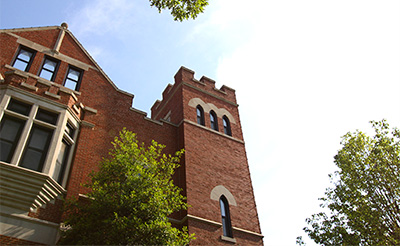 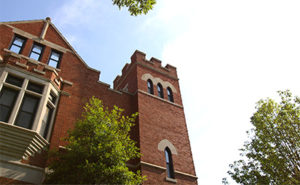 Columbia College President Gerald T. Brouder will retire as our 16th president on Aug. 1, concluding a remarkable 18-year tenure at the college.

In his 1995 inaugural address, Brouder gave a list of ambitious goals for his presidency that included strengthening the sciences, increasing academic rigor, growing the endowment and enhancing technology. These goals were not just met, but exceeded, in the pursuit of becoming a model institution.

Columbia College has flourished under Brouder’s leadership. The endowment has grown from $2.5 million to more than $100 million. The college now offers 10 associate degrees, 59 bachelor’s degrees and four master’s degrees, and has become a national leader in quality online education. Dr. Brouder has truly been an architect of change, and has positioned the college well for continued success, and to be a leader in higher education.

A look at the interim presidency

Dr. Terry Smith, executive vice president and dean for Academic Affairs, will assume the role of interim president of Columbia College on Aug. 2. Dr. Smith brings a wealth of experience and singular vision in this new role.

During his tenure as dean for Academic Affairs, Smith has helped advance the key goals of the college. With a focus on fostering academic excellence, Smith has helped develop a strong curriculum, hired 60 of the 71 full-time faculty members and raised admissions standards at Columbia College, which has produced a lasting and profound impact on the college’s academic environment. Smith also played a key role in the success of the online program, guiding the program in an administrative capacity during its formative years.

The process of selecting a new leader

Columbia College has partnered with Academic Search, a firm that helps higher education institutions identify leadership candidates. A dedicated search committee that first met in early May will continue to meet to review applications, choose candidates for interviews, identify finalists and ultimately work with the Board to name a president. The college anticipates the arrival of a new president in July 2014.

With its mission and aspirations, Columbia College will be best served by a candidate who possesses a set of matching values, competencies and abilities.

In order to maintain the college as a model institution, as well as lead it to new levels of success, the college desires a president who: