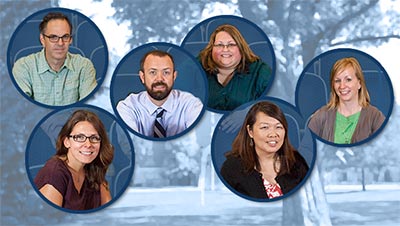 The Columbia College family spends a lot of time together – weeks on end. And like most families, the CC family collaborates, discusses ideas with each other and shares the same values (just see the college mission statement).

But one of the most important things a family does is grow.

Heather Ditzer, English for Speakers of Other Languages 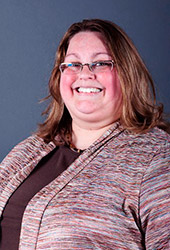 The first time Heather Ditzer moved to Japan, she lived on a small island called Kikaijima, which had a population of about 9,000. Though it was beautiful, it was remote. She was the only native English speaker on the island.

Ditzer taught English in Japan for three years. She has worked with students from every continent, “except Antarctica! Penguins do not seem to be interested in English,” she joked.

“I am passionate about bringing the world to Missouri, and to Columbia College specifically,” she said. “I believe that knowing about other cultures and places is imperative for both domestic and international students.”

Ditzer, a self-proclaimed nerd who is working on a couple of novels, misses Japan’s karaoke, but is looking forward to working with the faculty and students at the college.

“I am working hard with colleagues such as Britta Wright and Dr. Miranda Wilkerson to ensure that every single student and staff/faculty member on campus has the opportunity for international experiences,” she said.

Ditzer received her master’s degree in Teaching English as a Second Language from University of Central Missouri and her bachelor’s degree in English with an emphasis on creative writing from Truman State University. She taught at UCM’s Intensive English Program for nearly four years before coming to Columbia College. 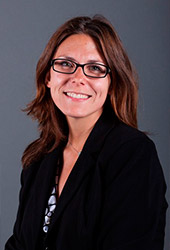 When she’s not preparing for classes and teaching at the college, Bobbi Jo Lucas is planning her wedding, the date of which is rapidly approaching. The fact that she finds time to do both while spending time with her fiancé, John, and their five children, all of whom are between the ages of 5 and 8, is remarkable.

But the time crunch doesn’t matter when one loves what they’re doing.

“I can’t wait to start my dream job!” Lucas said about joining Columbia College as an accounting instructor. “I’m excited about getting back into teaching and helping others to succeed, seeing that light bulb go off in their heads when they grasp concepts – truly rewarding.”

Lucas is a certified public accountant and a chartered global management accountant. She received her master’s degree in accountancy from University of Missouri. Before coming to Columbia College, Lucas was the area area controller for two years at Advanced Disposal Services in Macon, Mo., where she managed accounting operations. She also has worked as an accountant for Macon Municipal Utilities and as manager of Grimshaw, Kaser & Seipel, CPAs, LLC.

Lucas is a member of the American Institute of Certified Public Accountants, and is a member and former board of director of the Missouri Society of CPAs.

When she’s not teaching, wedding planning for the September event or hanging out with her family, Lucas enjoys gardening, gathering with friends and reading. 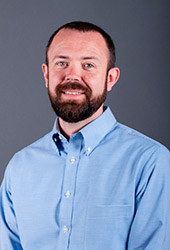 When Dr. Curtis Mason says he loves running, he’s not kidding. He has run five half-marathons (13.1 miles) and one marathon (26.2 miles). That’s more than 90 miles in races alone.

And when it came to starting as a Columbia College faculty member, Mason, well, he hit the ground running.

“I’m most looking forward to working with students,” he said. “When I first visited the campus, I had the opportunity to meet with students studying education, and I was impressed with their insight and thoughts on becoming teachers.”

Mason spent the last few years in the Kansas City area, where he worked as a middle school teacher at Raytown Success Academy and as an adjunct instructor at Benedictine College. He has also taught at University of Missouri Kansas City, Loyola University-Chicago, and Excelsior Springs High School in various roles.

His research interests are the history of the teaching of English in the United States and students with behavior and emotional disorders.

Mason is married and has a 2-year-old daughter. Outside of teaching and running, he enjoys music, the outdoors and watching sports, especially the Royals and the Chiefs. 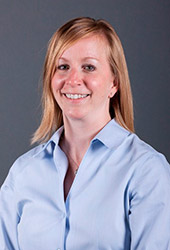 She worked as a forensic chemist for the Bureau of Alcohol, Tobacco, Firearms and Explosives, where she specialized in the analysis of pre- and post-blast explosives and related device components. She also worked as an explosives chemist for the Department of the Navy, where she served as project manager for various explosive detection equipment related projects. In addition, McPherson served as a trace evidence examiner for the Metropolitan Police Department of Washington, D.C.

McPherson’s time working in the field will provide students with valuable real-world knowledge.

“I look forward to sharing experiences from my time in the forensic laboratory and helping students understand how the information that they learn here at Columbia College will translate into successful careers,” she said.

McPherson has a 15-month-old son, Axel, with her husband, Josh. She enjoys all things outdoors: hiking, biking, fishing and traveling to state and national parks.

McPherson has been serving Columbia College as an adjunct professor since the fall of 2011. 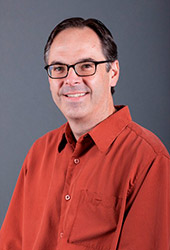 As an undergraduate, Dr. David Ruggeri hitched a couple rides here and there. No big deal. Except “here” was St. Louis and “there” was Alaska.

Ruggeri hitched his way to Petersburg, Alaska, where he was employed in a cannery before finding a job on a fishing boat (pre-reality show days, of course) that was on its way to Sitka. Now, as a father with two sons, ages 2 and 4, he spends his time reading, hiking and restoring a 1979 Trans Am and a 1976 Harley-Davidson shovelhead motorcycle.

Ruggeri also worked in the corporate trust department at Deutsche Bank, and he owned a bar and grill named Lucky’s in Nashville, Tenn., for a few years.

He is the founder of the Economic Development Center at East Central College and a member of The Association for public Policy Analysis and Management, the American Economic Association and the Midwest Economics Association. 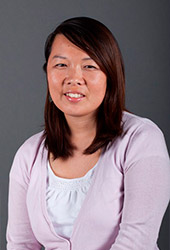 Dr. Rie Sasaki was born in Japan, but moved to Anaheim, Calif., the home of Disneyland, at the age of 7.

Maybe growing up near “the happiest place on earth” as a child shows in her as an adult. Sasaki says she often gets mistaken for a student, but that probably can be attributed to her height — she’s 5 feet 2.5 inches tall.

But don’t let that fool you. Despite her height, Sasaki played basketball in high school and knows how to command a classroom.

She said she is looking forward to meeting and getting to know the students in her classes as well as new colleagues.