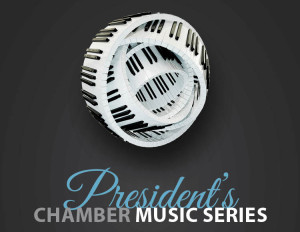 A new series of concerts envisioned by Dr. Terry Smith and implemented by Nollie Moore will begin this month. The concerts will introduce students to classical music to which they might otherwise not be exposed.

Faculty, staff, students and the community are welcome to attend the first concert on Oct. 6. Future concerts will take place in November, February and April.

The trip to Columbia, Mo., will be a return home for deLapp-Culver, who received her bachelor’s and master’s degrees in music from the University of Missouri. A soprano, she is the director of vocal studies at Wooster and is a member of the National Association for Teachers of Singing and the National Opera Association.

Rotavera-Krain, flautist, is a flute instructor and director of Tremolos, the College of Wooster Flute Choir. She has performed with symphonies and orchestras in Ohio, Pennsylvania and New Jersey.

Mowrey, pianist, specializes in ensemble playing. He creates his own compositions, the most recent of which will premiere in the fall of 2014. He also has written arrangements for rock artists such as Styx, Donnie Iris and Jefferson Starship as part of the Contemporary Youth Orchestra of Cleveland’s “Rock the Orchestra” program.