Two instructors at Columbia College-Denver are doing great things outside of the college. From geology to photography, these two are shining examples of our wonderful instructors!

The Wall Street Journal wrote an article on the commission, stating that the mine, which is composed of 960 acres of land from six U.S. Bureau of Land Management claims, has an estimated $30 billion of gold and silver resources in just the first 30 feet of top soil. The total worth of silver and gold resources at the mine is estimated at $400 to $500 billion, which Zivkovic Geophysical Investigations’ mineral resource estimate report will verify. Be sure to read the full article here! 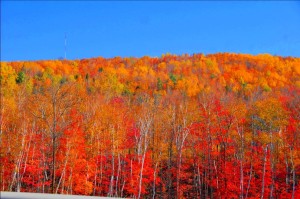 Russell Stone, instructor of criminal justice at the Denver campus, is an avid photographer who makes a point of capturing the beauty of nature.

“[I’ve] shot a lot of sports and spot news, industrial projects, but I prefer nature more,” he said. “It’s the color that winds me up.”

In October, Stone traveled from Denver to New England to shoot the changing fall colors that were in full display. Check out his gallery on flickr.

Stone, who was born and raised in Denver, served as an assistant city attorney and deputy district attorney for the city of Denver from 1998 to 2012. He has served as a prosecuting attorney for the Colorado Attorney General’s Office, Appellate Section, as well as for the District Attorney’s Offices for the Second, 13th and 20th Judicial Districts of Colorado, rising to the position of Chief Deputy District Attorney. He also served as a certified law enforcement officer, reaching the rank of division chief/chief of detectives for the city of Denver. He was a senior faculty member of Metropolitan State College of Denver for several years and is a veteran of the Vietnam War, having served in the U.S. Navy and received several decorations for his service.

Stone retired in 2012 after 22 years of service and a total of 42 years of experience in the criminal justice profession. As a member of the Columbia College-Denver faculty, Stone taught CJAD 301: Criminal Law for the October Session and will be teaching CJAD 101: Introduction to Criminal Justice and CJAD 325: Juvenile Justice Systems & Procedures for the January Session.