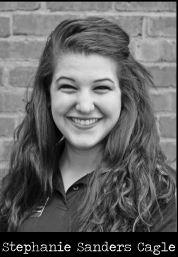 Stephanie Sanders Cagle, director of student engagement and leadership development, was named the City of Columbia’s volunteer of the month. Sanders Cagle coaches the Lil Lady Bulldogs Dance and Cheer Program, which is sponsored by Parks and Recreation. Since she’s been directing the program, the team has grown from eight to 22 girls. 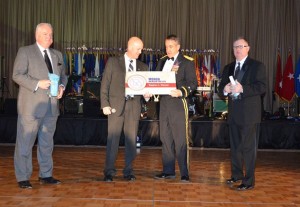 Columbia College has established a partnership with the Missouri National Guard Association to produce and mail out their membership cards. Mike Lederle, assistant dean for military and federal programs, attended its annual Birthday Ball and formally kicked off the partnership by presenting Maj. Gen. Stephen L. Danner, chairman of the association, with his honorary lifetime membership card.

In February, the Columbia Board of Education will vote on names for three new district buildings – two elementary schools and an early childhood center. Luella St. Clair is a top choice for one of the elementary schools. One will open in 2015 and the other 2016. St. Clair served on the Columbia school board and was the first female president of Christian College.