The notion that something was off began early on, in the 1960s. A college-aged Stephanie Coontz wondered why her history textbooks were all about powerful white men. She began thinking about an imbalance in what she was learning and why information on women’s history, African-American history and working-class history was missing from her coursework.

Coontz, who is the keynote speaker for Women’s History Month at Columbia College, began reading and writing about groups that were left out of traditional history. After she graduated with her master’s degree in European history, she became a faculty member at The Evergreen State College in Olympia, Wash., and was approached to submit a book on the history of women. She wanted to do more than that. She wanted to write about women and men — and their interactions.

“But of course back in the 1970s, there were still few places where you could find women and men in equal numbers, so I was frustrated until I thought, ‘duh, how about the family,’” she said.

It took many years of research before Coontz was able to publish her first book, “The Social Origins of Private Life,” because families weren’t on the historical radar at that time. Her next book, “The Way We Never Were,” which was the CC Reads book last month, argued that the debates about family life in the early 1990s rested on myths about the way families used to be, she said. Subsequent books she wrote covered the past and future of marriage, what has and has not changed in male-female roles and relationships, and whether feminism is still relevant.

It’s important for people to know women’s history because everyone needs to know where they came from and how they got where they are today, Coontz said. But, she continued, she’s more interested in gender history than women’s history alone, because men also have been misrepresented and stereotyped. Women were portrayed in history only in roles as wives, mistresses or mothers, ignoring their achievements and aspirations that were not connected to their families; men were treated in a lopsided way in the opposite direction, ignoring their private emotions and family involvements.

“We should be talking about how to translate the changes of the past 30 years into a new beginning for both men and women, where neither sex is limited by stereotypes, and both have the opportunity to share the rewards and responsibilities of meaningful work and a meaningful family life,” she said. 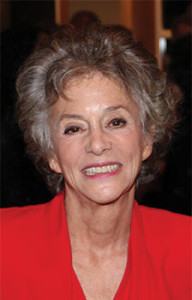 Coontz is a professor of history and family studies at The Evergreen State College and an accomplished author and speaker. She regularly gives lectures at colleges, universities and community events in cities of all sizes to reach a wide range of people. Coontz has appeared on many major talk shows and news hours, including The Colbert Report, and she has written articles for publications such as The New York Times, The Washington Post and CNN. On March 5, she will speak at the Women’s History Month keynote event titled “Courting Trouble: The Historical Transformation of Love and Marriage.”

“We’re excited to have Stephanie Coontz as our speaker this year,” said Dr. Tonia Compton, assistant professor of history and chair of the Women’s History Month committee. “She is a spectacular scholar and her work is a wonderful example of how history is relevant in today’s world. When we understand how much ideas about family and marriage have changed in America, that can and should inform our current debates over how and by whom marriage is defined.”

The lecture will take place in Launer Auditorium and will focus on the history of marriage from the Stone Age to the Information Age. She will show how marriage has become fairer and more fulfilling than in the past, but also more optional and fragile, and what that means for our society and our personal lives.

“Anyone who thinks they know why marriage was invented in the first place and where it is going in the 21st century or what predicts who will marry today and who will divorce might be surprised, because at least half of what we read in the popular press about these topics is wrong,” she said.

Coontz said she hopes to surprise and amuse people at the event by puncturing myths about the so-called traditional family.

“I also hope to give people a better understanding of the how and why marriage and family life have been changing and what the pros and cons of those changes have been — because they are often quite different from what we’ve been told,” she said.