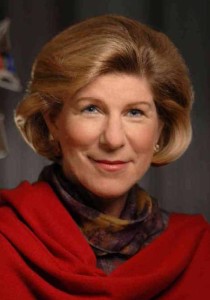 On March 12, Nina Totenberg will give the 12th annual Schiffman Ethics in Society Lecture. The event, titled “The Supreme Court and Its Impact on You,” will take place at 7:30 in Launer Auditorium.

In 1988, Totenberg won the Alfred I. duPont-Columbia University Silver Baton for her coverage of Supreme Court nominations. The jurors of the award stated, “Ms. Totenberg broke the story of Judge (Douglas) Ginsburg’s use of marijuana, raising issues of changing social values and credibility with careful perspective under deadline pressure.”

Totenberg has won every major journalism award in broadcasting, and is the only radio journalist to win the National Press Foundation award for Broadcaster of the Year.

History of the Schiffman lecture series

In November 2000, John Schiffman announced a $1.5 million donation to Columbia College to establish the Althea W. and John A. Schiffman Endowed Chair in Ethics, Religious Studies and Philosophy. It is the first-ever endowed chair at the college and, at the time, was the largest single gift in the history of the college. A significant portion of the gift was used to establish a lecture series focusing on ethics in society. The lectures are aimed at engaging students, faculty, staff and the Columbia community about ethical issues in contemporary society.