Dr. Dalrymple begins in one month 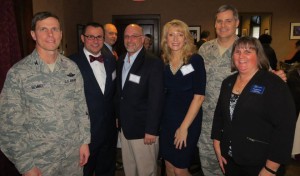 In just one month, on May 1, Dr. Scott Dalrymple will begin as president of Columbia College.

During the presidential forums in January, a student asked Dalrymple what he would like to accomplish in his first two years as president. Though Dalrymple said that’s something that the college needs to sit down and talk about together, he also said he wants Columbia College to be part of a solution in the country. With so many different parts to it, the college understands higher education and can do more than just recognizing that there is a problem, he said. It can help the country actualize change.

As mentioned in the last issue of Connections, Dalrymple plans to visit every nationwide campus with his wife, Dr. Tina Dalrymple, in his first year as president. We’ll keep you updated on his travel plans so you know when he’s coming to your area! See photos from his trip to Syracuse, N.Y., where he visited with alumni, faculty and staff from the Hancock Field and Fort Drum campuses. He also has already visited the Florida campuses.

There are a variety of places where you can learn more about our new president. See his vitae, a spotlight story welcoming him, a previous Connections article about his public introduction, or take a look back at the process leading up to the decision.

If you want to learn A LOT more about Dalrymple before he arrives, four of his books are now available at the Stafford Library. You can check out: