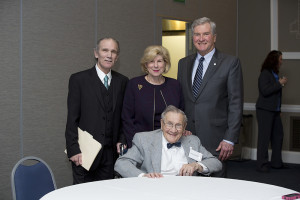 Nina Totenberg, NPR’s award-winning legal affairs correspondent, was the 2014 Schiffman Ethics in Society speaker. Totenberg has covered the Supreme Court for nearly 40 years, and her lecture was titled “The Supreme Court and Its Impact on You.” Topics ranged from personal anecdotes about the justices, divisions and disagreements in the court, as well as ethics and opinions.

A few hundred people filled Launer Auditorium to hear Totenberg speak about the Supreme Court and its issues and ethics. John Schiffman, who created the lecture series, as well as three Missouri Supreme Court judges were in attendance.

If you didn’t have a chance to attend the event, here’s what some of the local media outlets had to say:

“One common misconception about the Supreme Court is that it is clearly divided along liberal and conservative lines, Totenberg said. Although the court is divided, it is ideology that the justices differ on, not politics. Partisan politics play no role in the deliberation of the judges, she said.

Nevertheless, Totenberg described a Supreme Court that leans hard to the right and is more conservative than the liberal activist court of a few decades ago.”

“Totenberg provided anecdotes from her approximately 40 years of experience covering several courts, as well as her experience covering some of the major issues in front of the high court in the past few years, including a decision on the Affordable Care Act, the Citizens United case and current cases before the court.” 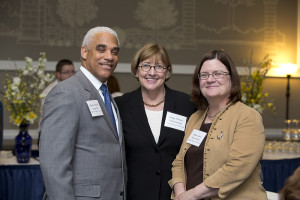 “A common theme throughout the presentation was that opinions are often changing with new information and new situations. This was especially prevalent in questions involving technology. Police must get warrants to place a GPS on people’s cars, and now, she said, they are wondering what the protocol is for tracking cell phones.”

“For a lot of ethics questions there is no perfect answer, according to Nina Totenberg. Totenberg has covered the Supreme Court on NPR for almost 40 years and shared some of her wisdom with audiences at Columbia College’s annual lecture.

A common theme in Totenberg’s presentation was that opinions change, because as she says, nobody fits perfectly into every slot.”

Read about two Schiffman scholarship students, one of whom had the chance to sit on a Q&A panel with Nina Totenberg.