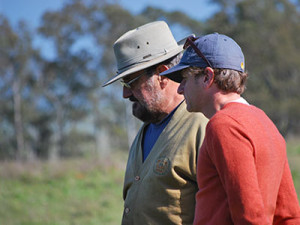 Nate Means is an adventurous sort. In the late 90s, the Columbia College biology professor spent two years living in the mountains of Guatemala as a Peace Corps volunteer. Last year, he embarked on another adventure, this time traveling to Uruguay.

Means received a Fulbright Scholarship, sponsored by the Fulbright Program and the U.S. Department of State Bureau of Educational and Cultural Affairs, to perform soil quality research in conjunction with the Uruguayan government. He was the first Columbia College faculty member to receive this honor, which is designed to promote understanding between Americans and people of other nations.

Even with his intrepid spirit, Means wasn’t quite sure what to expect.

“I’ve always lived in relatively small towns – I grew up in Columbia and lived in Springfield. I’ve visited big cities but never lived there,” said Means. 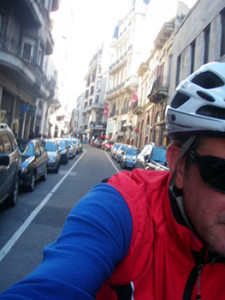 During his time in Uruguay, Means lived in Montevideo, the nation’s capital city and home to more than two million people.

“For me, it was a massive city. I lived in this beautiful, historic district named Old City. There was a port area – beautiful old European-style architecture. I had a bicycle, which allowed me to explore the city, and I got around much quicker than in a car.”

Each morning, Means set out on his travel bike (which folds up and fits in a briefcase) and caught a bus to Las Brujas research station. During the hour and a half ride, he would talk with his colleagues about plans for the day, new sites to explore and anything related to their research.

Las Brujas research station was a brand new facility with fantastic greenhouses, where Means would set up what he calls “simple, yet elegant experiments.” He also worked in the field, cataloging legumes in the Uruguayan countryside, which reminded him of terrain found in Missouri. Means’ day ended at 5 p.m., when he would catch a bus back into the city.

Means also found that it was an interesting time in Uruguayan history, as the government was looking toward the future. Politicians, he discovered, were readily accessible, had progressive views on environmental science and were willing to financially support their scientists. 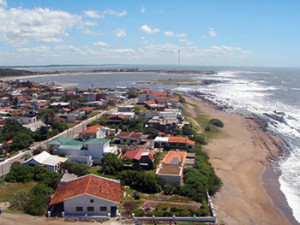 “The amount of resources the government provided was incredible. Often times in science, our grants are shorter term – usually two to five years. They’re saying ‘As a country, where do we want to be in 100 years?’ So, they’re looking at problems now, as well as looking into the future to position themselves globally.”

Means looks to deepen his research by collaborating with institutions in the area. He’s also excited to share his experiences in Uruguay with Columbia College students, which he hopes will help them learn the material better.

“When you start to look at how people learn and what people remember, they don’t often remember facts and figures. So, if you can weave a storyline or experience through the material, they remember that story. If you integrate concepts and ideas into that story, it reinforces that content you want to get in that class. It provides a background and rich texture for the course.”