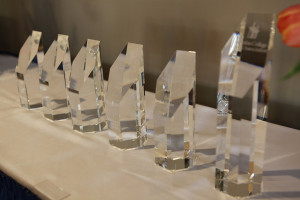 Columbia College alumni excel not only as supporters of their alma mater, but also as professionals in their careers and as citizens of their communities. Each year, some of these outstanding and inspiring alumni are recognized for their accomplishments through a series of awards.

Alumni are nominated by college constituents, such as faculty, staff members and alumni, and the winners are chosen by the Columbia College Alumni Association. This year’s award recipients were celebrated during Reunion Weekend at the alumni awards banquet and presentation April 25. Read on to learn more about five of the impressive awardees, and check the website next week for a feature story about Christopher Aquilina ’13 and the newly created Jane Froman Courage Award. 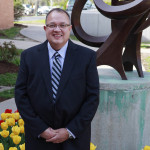 Distinguished Alumni Award: Ben Tilley ‘96
It’s been 18 years since Ben Tilley graduated from Columbia College, and he’s been working with elementary students through Columbia Public Schools ever since. He is now the assistant superintendent for elementary education. Previously, Tilley was a Title I supervisor, principal, teacher and assistant director of research, assessment and accountability.

In his work, Tilley helped lead Ridgeway Elementary through its transition to becoming an autonomous school and received a grant for his idea to use art and visual thinking strategies to help close the gap between boys’ and girls’ basic literacy assessment scores. He also was a voice for those who may not have the social capital to be their own advocate, said the assistant superintendent of elementary education at CPS. “Ben has been a driving force behind our collaborative practices … and a reliable and thoughtful mentor,” he wrote, according to the Columbia Daily Tribune.

The Distinguished Alumni Award recognizes an alumnus who has attained outstanding regional and national recognition in his or her chosen field. 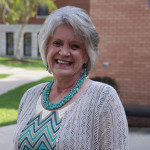 Arthur, who was featured on the Compass blog in 2011, is a first-generation college graduate, and once she earned her first degree, she couldn’t stop. Through encouragement from mentors at Columbia College-Lake of the Ozarks, Arthur traveled to the Jefferson City campus and the main campus in Columbia to complete her MBA. As senior academic advisor, Arthur has said that the best part of her job is helping students and watching them change as they pursue their degrees. In an article in The Lake Today, a coworker of Arthur’s said, “There’s a line that waits just for Thelma, and she always has time for all of them.”

Sasan graduated from Columbia College-Redstone Arsenal after serving 22 years in the U.S. Army as an ammunitions and explosives expert. He then joined the Madison City Police Department in Madison, Ala., where he has been for the past 10 years. He currently serves as a school resource officer through the police department, and he works to protect his community in various ways, including teaching students about the negative influences of drugs. In an article in The Huntsville Times, Sasan spoke about the importance of his family and how that drove him to make his community a better place.

The Community Service Award recognizes an alumnus who has demonstrated outstanding leadership and service to the citizens of his or her community. 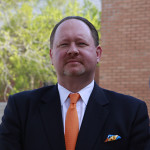 Professional Achievement Award: Greg Johnston ‘91
Greg Johnston began at Columbia College to play basketball for the Cougars, but after a knee injury, those dreams were dashed. Working with Coach Bob Burchard to find additional scholarships for him to stay in school, Johnston graduated with a degree in history.

Johnston is now president of Johnston & Associates Inc., a governmental consulting firm based in Jefferson City, Mo. He works to counsel clients on business strategies in the financial, healthcare and manufacturing industries. Johnston is a partner of Bluebird Network, a Columbia, Mo.-based telecommunications company. He also is on the advisory board of LyfeBank, a healthcare financial system, and is a strategic partner of Turner Pollard Strategies, a lobbying firm in Washington D.C. Johnston currently serves Columbia College as an advisory board member of the Fishman Center for Entrepreneurship, which helps students develop business and entrepreneurship skills.

The Professional Achievement Award recognizes an alumnus who has attained outstanding success in his or her chosen field within the last 10 years. 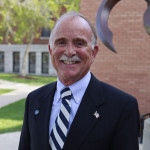 Honorary Alumni Award: Col. Mike Randerson
Col. Mike Randerson enjoyed an illustrious career in the U.S. Air Force before beginning his successful second career at Columbia College. In January, the vice president for Adult Higher Education retired in after 18 years at the college.

Under Randerson’s guidance, the number of students enrolled in AHE courses grew from 4,000 to 18,000, and the number of nationwide campuses grew from 17 to 35. A scholarship named in honor of Randerson was recently endowed after only 43 days of fundraising, and the first recipient of the Col. Mike Randerson Scholarship will be announced at Military Recognition Day. At a celebration event for Randerson’s retirement, Dr. Terry Smith, interim president, said, “There is no one at the college more devoted to the college mission and its thousands of adult students than Mike Randerson.”

The Honorary Alumni Award recognizes a person who has provided outstanding leadership and service to Columbia College.

The first recipient of the Jane Froman Courage Award was Christopher Aquilina ’13. After suffering a gunshot wound to the face and head, Aquilina graduated from Columbia College-Jacksonville with a 4.0 GPA. Read more about him here.