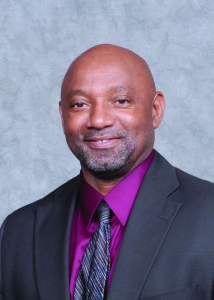 Dr. Jeffrey Musgrove has been selected as the vice president for Adult Higher Education. He currently is the southeast regional director, overseeing all campuses in Florida, Georgia, South Carolina and Guantanamo Bay, Cuba. Musgrove was the founding director of the Patrick Air Force Base campus and has served there for 16 years.

“As we started this search, my instincts told me that we had ample internal talent for this position, and the search confirmed that,” said Dr. Scott Dalrymple, president of Columbia College. “I was impressed by Jeff’s intelligence, enthusiasm, candor and sense of humor. I have every confidence that Jeff will build on the impressive legacy left by Col. Mike Randerson, who retired in January.”

Musgrove visited the Columbia campus May 14, meeting with constituents including administrative council members, faculty and staff.

“I’m honored to have the opportunity to lead Columbia College’s division of Adult Higher Education,” said Musgrove. “The landscape of higher education is changing, and we have to adjust to those changes. We have to be proactive and look at different ways to deliver higher education. I’m excited about the college’s future and the direction we’re heading.”

The search for the college’s next vice president began shortly after Randerson, who served as vice president for Adult Higher Education for nearly 18 years, announced his retirement in August 2013.

Musgrove holds a doctorate degree in business administration from Argosy University, a master’s degree in human resources from Webster University and a bachelor’s degree in management studies from University of Maryland University College. Prior to his work at Columbia College, Musgrove spent 20 years in the U.S. Air Force. As an Air Force First Sergeant, he was the principal advisor to the commander on all issues related to the enlisted force.

Musgrove will begin his duties as vice president July 1 and will relocate to Columbia by August 1.