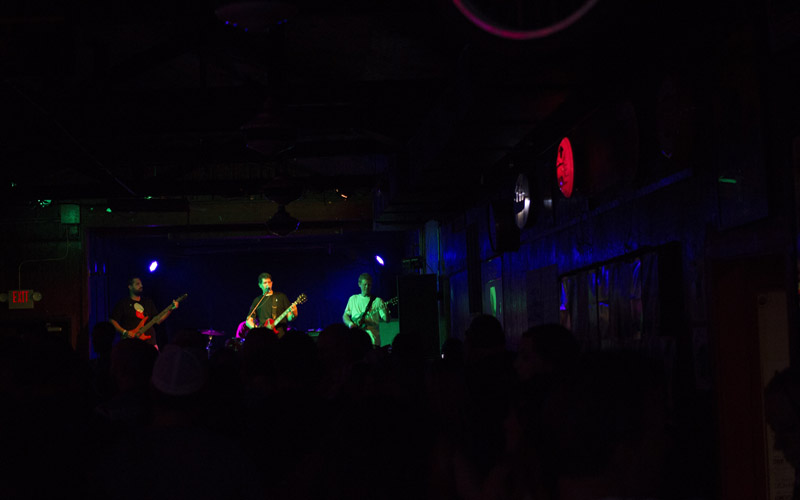 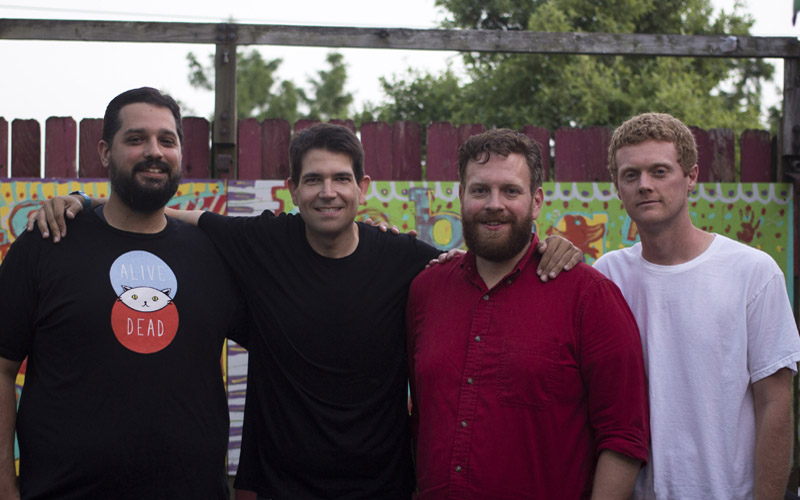 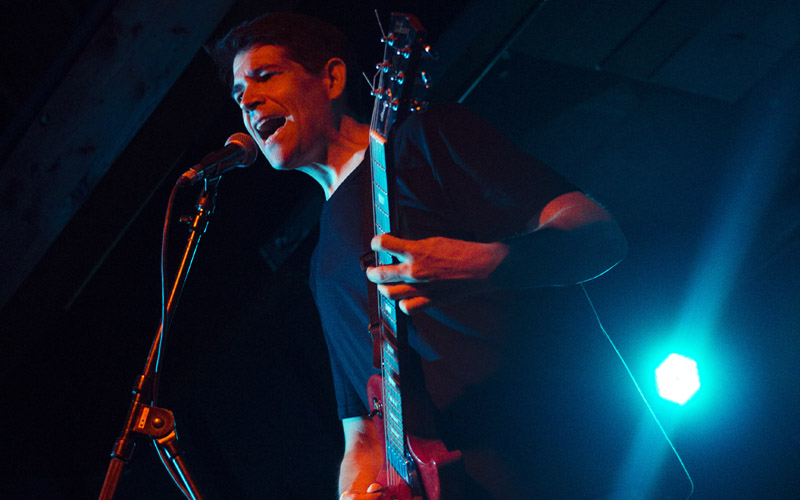 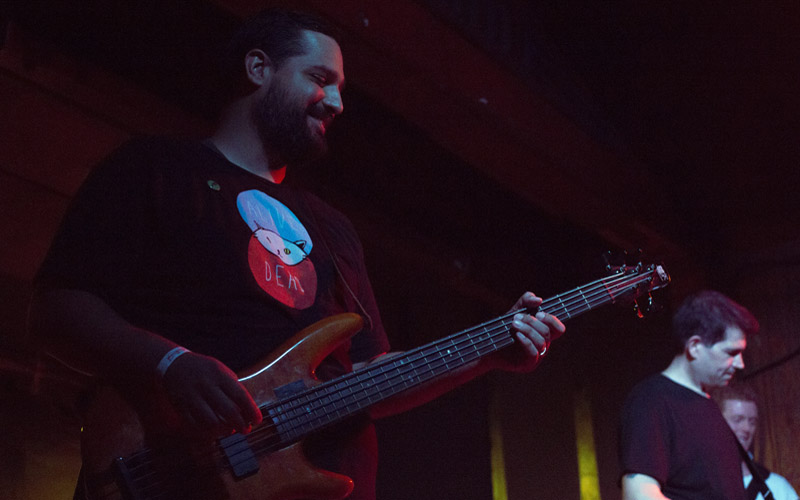 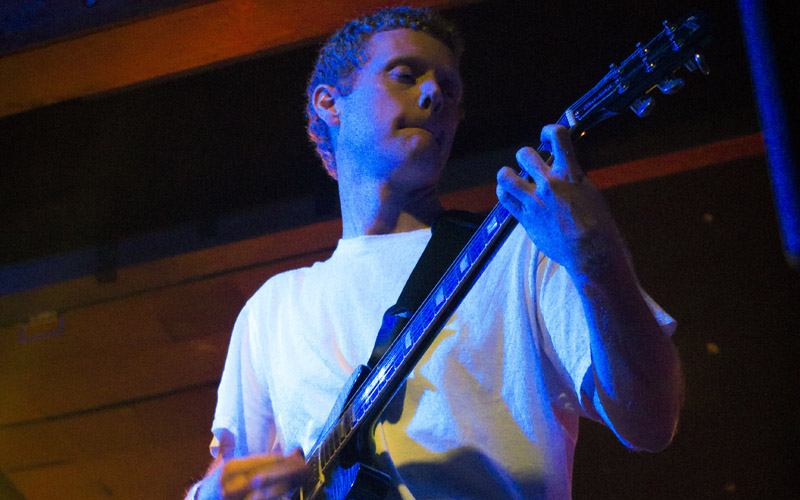 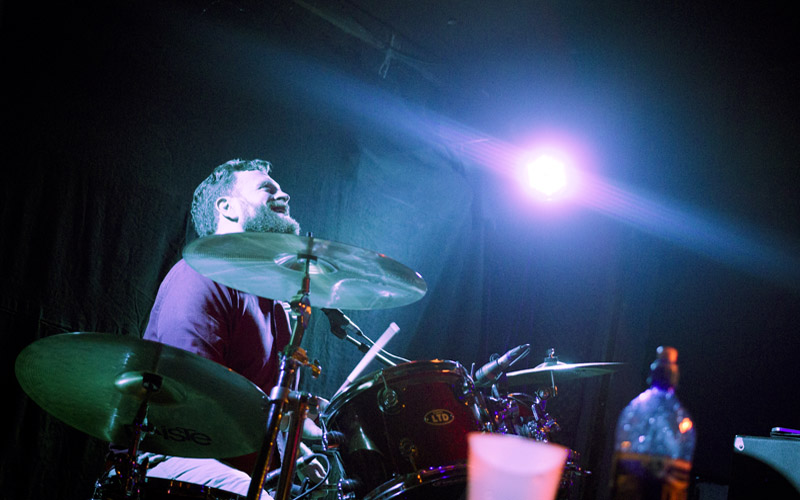 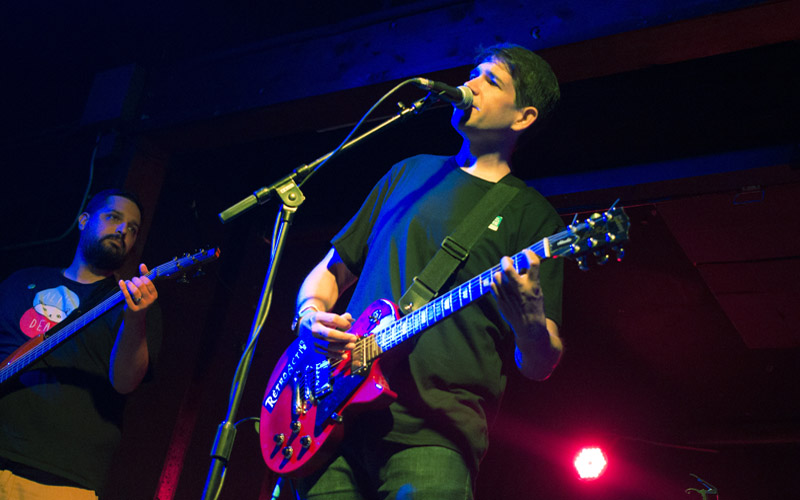 This show was a little different from their last.

The songs were the same. There was still the dancing, the jumping, the loud music and the whistling and cheering. The faces were familiar – ones they’ve seen time and time again. But it was different. This time, everyone was 12 years older. Band members’ daughters were in attendance. But some notable regulars were missing.

The Reagans, a 1980s cover band once made up mostly of Columbia College students, came home to Columbia, Missouri — this time as alumni — to reunite for a night of old friends, music and memories.

“We had a great following,” says Tyler Huffman ’01, lead singer of The Reagans. “Every time we played, we had a full house.”

The band began in 1998. Huffman knew Anthony Claypool ’00 and Tim Brown ’02 from Residential Life, where they all worked as students. They, along with Evan Grimes, Jackie McGinness and Chip Gubera, created The Reagans. The band isn’t named for any political affiliation; it was just a 1980s cover band, and Ronald Reagan was president for the majority of that time.

And when they switch it up and sing some 90s music, they change their name.

“We’re very literal people,” Huffman says. “We actually did some 1990s sets, and we would call ourselves the Clintons.”

Playing in a band together made the tight-knit group even tighter. When it comes to the friendship, not much has changed. The four who played at the show on July 25 – Huffman, Claypool, Brown and Grimes – stayed at Brown’s house in Boonville, Missouri, acting like they hadn’t been apart for 12 years.

Everyone else has moved out of state. Huffman and Claypool both live in Chicago, and Grimes is now in Denver. But you couldn’t tell once they took the stage. It seemed like they were still together. Even though they’re spread out around the country, everyone still keeps in touch, which is why this reunion was so easy to put together.

“The Reagans was the beginning of a longstanding friendship between us,” Claypool says.

The idea for the reunion came about when the band’s former manager asked them to play his wedding in Columbia. Huffman’s wife, Shelley, had encouraged him to reunite with the group, and because they were going to be in town, the pieces fell into place.

With Huffman on vocals, Brown on guitar, Claypool on bass and Grimes on drums, The Reagans played a two-hour set of pure 1980s music. They played everything from Tommy Tutone’s “Jenny” and Violent Femmes’ “Blister in the Sun” to Young MC’s “Bust a Move” and John Cougar Mellencamp’s “Jack and Diane.”

Missing were McGinness on keyboard and Gubera on guitar. But the heaviest absence in the crowd was that of Brad Divelbiss ’03, who passed away from complications fighting leukemia in 2012.

“This song is for someone notably missing tonight,” Huffman said as glasses were raised and the band jumped into a rendition of “Jump” by Van Halen. “He loved Van Halen more than anyone.”

Though the band reunited to reconnect with old friends and enjoy old memories, the members had another important reason to get back together: honoring Divelbiss and raising awareness. The $500 the band received from the concert went to Be the Match, a website operated by the National Marrow Donor Program to manage the largest bone marrow registry in the world.

Divelbiss was diagnosed with leukemia after he graduated from Columbia College. He was teaching in Kansas and went into remission after a long battle with cancer. Eventually, it came back, and Divelbiss suffered a rare case – one of four in the nation – of complications from a bone marrow transplant.

“The bone marrow test to become part of the registry is literally just a swab of the mouth,” Huffman says. “Do if for someone you love; do it for a complete stranger. Be the Match could save someone’s life.”

As the set wound down, two small stars of the show who had been rockin’ it on the dance floor got on stage to be near their rock-star heroes. Both decked out in Hello Kitty dresses, Huffman’s daughter, Eleanor, and Brown’s daughter, Sofia, jumped along to the music as their dads played.

Eleanor reached to strum Huffman’s guitar, striking a chord with the crowd of 200+ people as they cheered one of the loudest of the night.

“Moments like this, it is so great,” Huffman said. “I am speechless. Look at how amazing these dancers are. Life doesn’t get much better than this.”