For Drs. John McHale and Anthony Alioto, recent controversies splashed across headlines about the Catholic Church are but a part of a broader conversation of the 2,000 year old faith. Coauthors of “Saintly Sex: Saint John Paul II, Sex, Gender & the Catholic Church,” they are this year’s Schiffman Lecture in Religious Studies speakers. The lecture is Oct. 9 at 11 a.m. in the Bixby Lecture Hall of the Brouder Science Hall and is open to the public.

Together, McHale, a practicing Catholic, and Alioto, a practicing Buddhist, will discuss their experiences and views in collaborating on the book. Acceptance of female clergy, ordaining married clergy and reforms that would alleviate the sexual abuse of children and the efforts made cover up these crimes are explored in the volume. 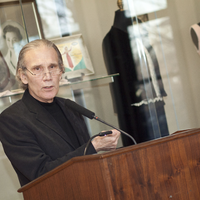 This is a unique Schiffman Lecture because one of the speakers, Dr. Alioto, is Columbia College’s very own John Schiffman Endowed Chair in Ethics, Philosophy and Religious Studies. He has served as the chair since 2002 and has been teaching at Columbia College since 1981.

A practicing Buddhist, Alioto is author of “A History of Western Science,” as well as a work of fiction entitled “Toad Familiar,” which is based upon quantum theory, ancient religions and Eastern philosophy. 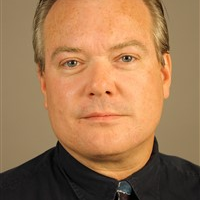 John McHale is a member of the Secular Franciscan Order, a Catholic fraternity devoted to living according to the principles advocated by St. Francis of Assisi. McHale received his Ph.D. from the University of Missouri in 2002 and is an associate professor in the School of Communication at Illinois State University. McHale is the author of books including “Convergent Writing: Telling a Good Story Well,” “Communicating for Change: Strategies of Social and Political Advocates,” and coauthored “Bush versus Kerry: A functional analysis of campaign 2004.”

Each fall Columbia College hosts the Schiffman Ethics in Society Lecture, and the Lecture in Religious Studies each spring, thanks to the generous gift of board of trustee member John A. Schiffman. In 2000 Schiffman provided the college with the $1.5 million gift, the single largest contribution by a living donor in school history, to honor of his late wife, Althea, a 1941 Christian College alumna.

For more information about the speakers and past lectures, visit www.ccis.edu/schiffmanlecture/religiousstudies/.