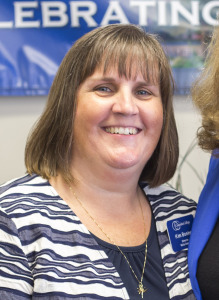 “Kim brings tremendous energy and experience to the Rolla campus,” Musgrove said. “She knows what it takes to run a successful campus and we are looking forward to her implementing strategies that capitalize on the tremendous faculty, staff and facilities we have in Rolla.”

Bonine has been part of the Columbia College staff for more than 23 years in several different roles including as campus director of the Columbia College-Jefferson City campus from 2004 to 2010. Most recently, she served as Assistant Dean for Adult Higher Education from 2010-2014 before taking the leadership role at the Rolla campus. A native of Jefferson City, Missouri, Bonine also has worked as an adjunct faculty member for the college, teaching business classes since 2003.