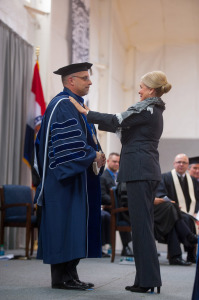 Some might say that the inauguration ceremony on Friday was the culmination of a week’s worth of presidential events – an art exhibit, a sand volleyball tournament, a remarkable alumnus’s lecture, a video game challenge, an inaugural ball. But really, it was the culmination of nearly two years’ worth of searching for, selecting, announcing and welcoming the new president of Columbia College.

It was approximately one year and 10 months ago in January 2013 that a national search for the college’s next president began. In January 2014, Dr. Scott Dalrymple was unanimously chosen by the board of trustees – and the entire community, whose voices were heard through forums and surveys.

Dalrymple was officially inducted as the 17th president on Oct. 17. During the ceremony, Daisy Grossnickle, chair of the board of trustees, presented him with the college’s symbols of the president’s office: the Columbia College mace, charter and medallion. In return, Dalrymple announced during his speech that the official flower of the college would be the daisy.

“She is everything that a chair should be: wise, supportive, enthusiastic, fair, not easily rattled,” he said.

In his speech, Dalrymple outlined historic moments of the college, and they all shared a theme: bold endeavors that improved access to education. Throughout time, Columbia College has actively worked to provide educational access to women, to servicemembers, to people across the country and to people for which traditional daytime education is difficult or impossible.

It’s worked out well for us, Dalrymple said. And now, we need to find ways to connect our heritage to the present day. “As we look to the future, we must display the same vision and boldness that our predecessors did,” he said.

Dalrymple asked the crowd to look at why and how the world is changing and to take the next step, saying that the college should encourage students to both follow their dreams and pay their bills. It won’t be easy, he said. But neither was staying open to serve students during the Civil War.

He urged: Choose action over inaction, hope over cynicism, solutions over problems. But overall, he said, let’s be the liberal arts college of the 21st century and continue the proud tradition of the institution.

“As we have since 1851, we will work tirelessly to improve students’ lives, and enrich the communities we serve,” Dalrymple said. “We will continue to be bold and creative, clearing the path for those who succeed us. May they someday honor us for the choices we make.” 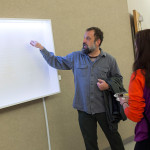 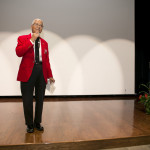 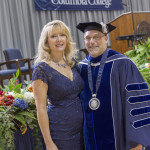 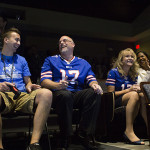 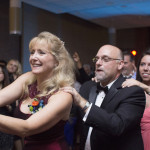 If you missed the ceremony, you can watch it OnDemand on the college’s website. The procession begins at approximately 42:00, or to just see Dalrymple’s investiture, go directly to 1:24:00.

Want to read about the other events that occurred during inauguration week? Learn more about the art exhibit, the sand volleyball tournament and the video game challenge.