Both the men’s and women’s cross country teams finished first in the American Midwest Conference Championship meet, earning bids to the NAIA championships. Cris Renteria finished the men’s race in first place, as did Lindsey Martin in the women’s race. Eight runners were awarded first team all-conference honors. Martin and Tommy Skosky were named AMC Cross Country Runners of the Year. Coach Tim Cornell received the AMC Coach of the Year award for both the men’s and women’s teams. 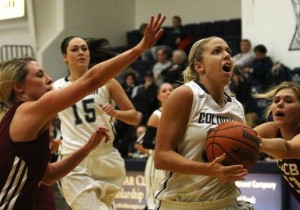 Basketball season has begun! The women’s basketball team started their first season with Coach Jessica Keller, who joined the program about five months ago. They won their first game over Central Christian College in a blowout of 103-27. A few days later, they defeated Bethel College 69-57, but a few days after that lost to University of the Cumberlands. 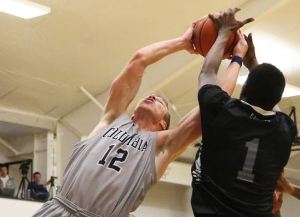 The No. 7-ranked men’s basketball team started their season strong with a 70-52 win over Central Methodist University. While the team, which has won four straight AMC championships, does not yet have a “breakout star,” the core of the team provides a solid foundation. A few days later, the team went on to defeat Concordia Seminary College 100-36, and then won against Graceland University 91-65. 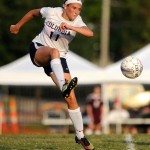 The volleyball team is gearing up for the AMC tournament, which starts tomorrow. Three players have recovered from their injuries and are headed into the postseason strong. The team is currently ranked at No. 8 on the NAIA Top 25 Poll.