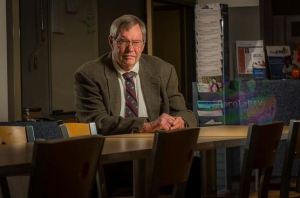 Courtesy of the Lake Sun

Dr. John Keeney, director of the Lake of the Ozarks campus, was profiled in the local newspaper for being one of the “Best in the Biz.” He has been the director since 1990, seeing student enrollments over the last 24 years go from 48 in the first session to approximately 550 now. Keeney says the community has been supportive of the college since the beginning and he hopes to see the campus expand even more.

Read the full article on Keeney here: “Best in the Biz: Keeney’s success linked to his passion” – Lake Sun