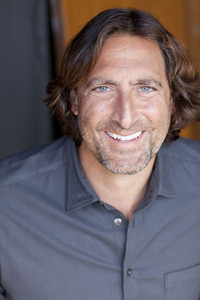 Like many homebuyers across the country, he felt that getting a mortgage was a long, cumbersome process. So in 2000, Ciardelli ‘89 founded Guaranteed Rate, seeking to provide consumers with a speedier, more efficient alternative.

Today, his company is the tenth largest retail mortgage lender in the country. Ciardelli is one the most successful entrepreneurs in real estate industry, and credits Columbia College with helping develop his entrepreneurial fire.

In 1985, Ciardelli came to Columbia from Chicago, and was immediately won over by the town’s “quaint” feel. At Columbia College, he found a perfect environment to grow and develop his talents.
“By the time I got to Columbia, I really wanted to focus on my studies and get my act together. The college was fantastic – the teachers didn’t have an agenda in any way, except to teach and help their students.”

During his freshman year, Ciardelli met his wife, Paula Piazza. The pair’s tie to the college is quite remarkable – Piazza’s sisters, Carol and Sally, her brother, John, and her sister’s husband, Chris Montie, all graduated from Columbia College.

“We had to come up with what the logo would look like, the name of the business, the type of business,” says Ciardelli, remembering a particular class project. “I wrote ten-page business plan, put financial projections down – it was a good first step into coming up with something like that.”

Ciardelli came up with several different business ideas, ranging from an upscale liquor store to a board game concept.

“It was kind of like Monopoly, but with stocks. You could trade stocks, buy stock. I actually had the game built,” says Ciardelli. “(My teacher) saw my entrepreneurial spirit and said ‘You know, Victor, I think you’re going to do great things, whatever you decide to do.’ I had a rough high school career, so to have teachers that believed in me was huge at the time.”

After graduation, Ciardelli returned to Chicago, starting his first mortgage lending company in 1992. He spent the next several years figuring out how he wanted to innovate the mortgage lending process, ultimately founding Guaranteed Rate in 2000.

Over the next decade, the company experienced a meteoric rise, becoming Chicago’s top independent mortgage lender. In 2013, Guaranteed Rate originated more than $15.9 billion in loans, making it the largest independent retail mortgage company in the country. Overall, the company employs more than 2,500 people in all 50 states.

While it’s fair to say Guaranteed Rate is awash in success, Ciardelli and his team haven’t settled. Over the next few years, Ciardelli says the company’s goal is to become one of the top five mortgage lenders in the country, a space occupied by the likes of Wells Fargo and Chase.

If Ciardelli’s penchant for innovation is any indication, his company is poised for great things.