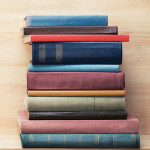 The dean’s list is an honor accorded to students who achieve academic distinction. Students may be named to the dean’s list if they complete a minimum of 12 semester hours of Columbia College coursework in a semester or two consecutive eight-week sessions (with a minimum six semester hours of credit in each session) and a combined GPA of 3.50 or higher. Additional eligibility requirements can be found in the academic catalog.