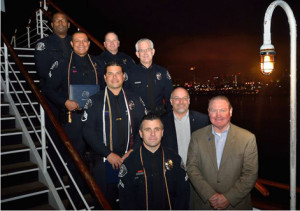 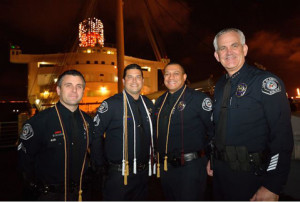 The Los Alamitos campus and the police department hold a special relationship through Columbia College’s Partners in Law Enforcement program. The program allows law enforcement officers to convert the successful completion of their police academy training into 24 semester hours of course equivalencies toward a degree.

With the graduation of these three officers, the entire Los Alamitos police force is now college educated at the baccalaureate level or higher.

For more, read these stories: