Turning the clock back 164 years

On Jan. 15, Columbia College celebrates the 164th anniversary of receiving its charter from the Missouri state legislature. Of course, at the time it was Christian Female College, and on Jan. 18, 1851, it became the first women’s college west of the Mississippi to receive a charter.

From its inception, the college was to be a place of true higher learning for women, not a finishing school. Intended to be a counterpart to the University of Missouri educating men just a mile away, many courses taught at Christian Female College were nearly identical to those taught at the university and were often taught by the same faculty. And so, just 14 years after the women’s college movement began in the United States, Columbia College proved itself a pioneer from the beginning – a legacy that continues today.

As part of the Stafford Library and housed in historic Dorsey Hall, the Columbia College Archives were established in 2014 to curate and maintain the college’s history. Earlier this month, the Archives launched its Facebook page, making it easy to share the amazing history of the college with the world. Archives Collections Manager Bradley Meinke provided this pictorial history of the college in celebration of Charter Day. Be sure to visit the Facebook page often for more!

The original Christian Female College property was secured in 1851 for $5,500. It included the mansion of physician James Bennett and would later become known as Williams Hall in honor of the college’s first president, John Augustus Williams, who served from 1851 to 1856. The cover art of the stairwell was taken inside Williams Hall, which is still in use today and is the oldest academic building in continuous use west of the Mississippi River.

The college’s first circular indicates the school held five faculty members in its inaugural year, who taught 36 students. The circular also outlines that students of the day were expected to where particular seasonal uniforms to avoid frivolity. Coursework by class standing is also summarized in the circular.

A bonnet worn by early students of Christian Female College

The first graduating class in 1854 was comprised of nine women. By 1856 the college body had grown to 99 students. In 1857 the college tuition, known as a subscription, was $160 per year. 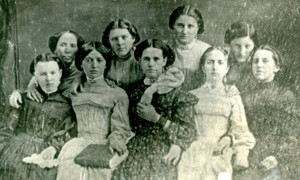 Though in office for only two years from 1856 to 1858, the college’s second president, Lanceford B. Wilkes, suggested that Christian Female College acquire its own library. His assistance continued in the 1870s when he helped clear the college of debt and assured its economic stability for the future. 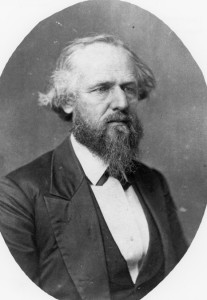 Through the Civil War years, the college’s third president from 1858 to 1877, J.K. Rogers, worked tirelessly to keep Christian Female College open. The Civil War brought some 1,100 battles to the state of Missouri, which was the first slave state to be occupied by federal troops. A state bitterly divided by sympathizers of the Union and Confederacy, pitting brother against brother, Columbia regularly supplied armies of the North and South. Rogers aimed to keep his students naïve to the goings on of the war by banning newspapers on campus so they could focus on their studies.

This 31-caliber cap-and-ball Colt revolver was owned and carried by Rogers during the Civil War. It is said that Rogers was an excellent shot and would treat his students to squirrel stew when food supplies were short during the war. 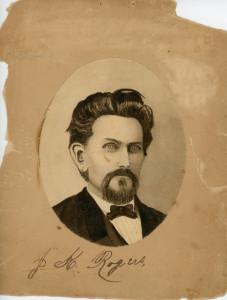 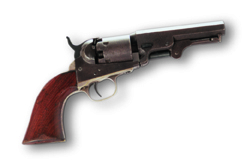 By the turn of the 20th century, Female Christian College was attracting students from Colorado, Nebraska, New Mexico and Oregon whose families wished to send their daughters “back east” for a college education. In 1893, Luella St. Clair assumed the role of her husband’s presidency after his death. Ultimately serving three separate terms as president, St. Clair was admired for her poise and leadership at a time when few women held such positions.

St. Clair is responsible for much of the growth of the campus, including the additions ofLauner Auditorium, Dorsey Hall, Missouri Hall, St. Clair Hall and the iconic Rogers Gate. The president emeritus was inducted into the Boone County Historical Society Hall of Fame in 2013. Watch the video about her contributions to the college.

In 1929, the college dropped “female” from its name and in 1970, the college changed its name to Columbia College in tribute to more than a century of support from the City of Columbia. But the vision began 164 years ago in the Bennett Mansion on the hill with an administration that believed our children, boys and girls alike, should be educated. In 1861, at the onset of the Civil War, President Rogers wrote, “ The hope of America is with the future; […] Parents – patriot, philanthropist, Christian: Retrench every other outlay, dispense with your fine apparel, your costly equipage, your sumptuous tables…whatever else may be neglected, educate your children.” 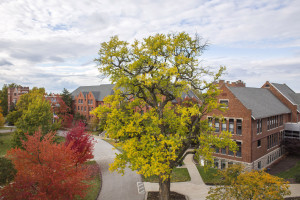