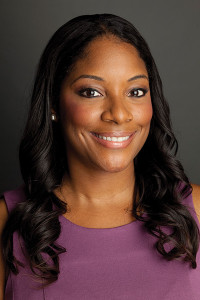 As part of Columbia College’s celebration of Women’s History Month, the college will host Zerlina Maxwell, an expert on domestic violence, sexual assault and gender inequality.

Maxwell appears regularly on MSNBC and Fox News, and her writing has been featured in The Washington Post, JET Magazine and The New York Daily News.

In addition to her work as a political analyst and writer, Maxwell also speaks at colleges and universities nationwide on rape culture and feminism, and has worked with the United States Department of State. Maxwell is a leading voice in the social media space, with TIME recognizing her twitter feed as one of 2014’s best.

Maxwell’s lecture also is the culmination of CC Reads, a campus wide book club that met throughout February to discuss the book ‘Transforming a Rape Culture.’ The book, which is a collection of essays from influential voices such as Gloria Steinem, Andrea Dworkin and Carol Levy, provided an opportunity for students to take a closer look at sexual violence in our culture, and think about ways to spur change.