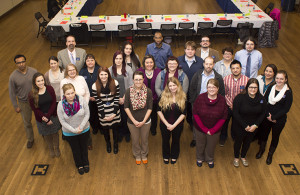 College employees participated in a quarterly training opportunity. These employees began at the College within the past three months.

Outside of our students, our employees are some of Columbia College’s biggest and best assets. Welcome to these employees who joined the college or changed positions in December 2014 and January 2015. Below is a list of December and January employee transitions.