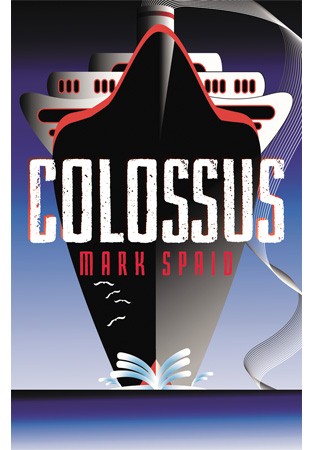 For Mark Spaid, adjunct instructor of history at Columbia College-St. Louis, the fun in writing is pushing the boundaries of imagination.

“I’ve always wanted to be a writer of fiction. There are no boundaries for fiction,” Spaid says. “You can use a time machine, take a trip to Saturn, talk to Santa Claus or do anything you want.”

Spaid is an instructor by day, but he spends most of his free time and weekends writing and editing. In February, Spaid published his fifth book, “Colossus.” The fiction book is part of a series he began writing in 2006, and the series is based on characters he developed in a weekly newspaper column he wrote for 11 years. In the series, four newspaper reporters have exciting and dangerous adventures.

In “Colossus,” for example, the characters are aboard a giant ocean liner headed to London, but the danger-filled cruise is no vacation. In his third book, “Their Blood Will be on Us,” international terrorists are planning to detonate a nuclear bomb in a St. Louis art museum.

“I’ve always had a vivid imagination,” Spaid says. “My characters have encountered Bigfoot, the Loch Ness Monster and have traveled back in time twice.”

Spaid says that, while his stories are fully fictional, there are always hints of his real life in his novels.

“Any writer can be deciphered by simply reading their works,” Spaid says. “My take on the world, my political views and my social philosophy can be clearly seen after reading one of my novels.”