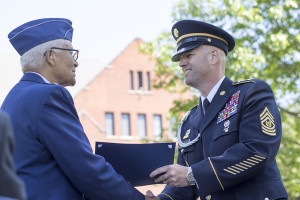 Every May, Columbia College proudly celebrates its veterans and active duty servicemembers on Military Recognition Day. 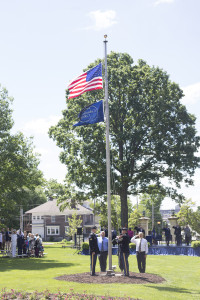 The flag detail raises the Colors on Bass Commons as part of the ceremony.

These numbers represent more than 35 percent of students served by Columbia College to date during the current academic year. 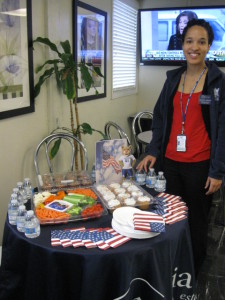 Congratulations to the following seven students, who were presented with scholarships at the event: 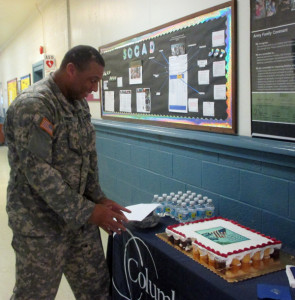 To make a contribution to one of these scholarship funds that help support our servicemember men and women, please visit www.ChooseCC.org. #WeAreCC