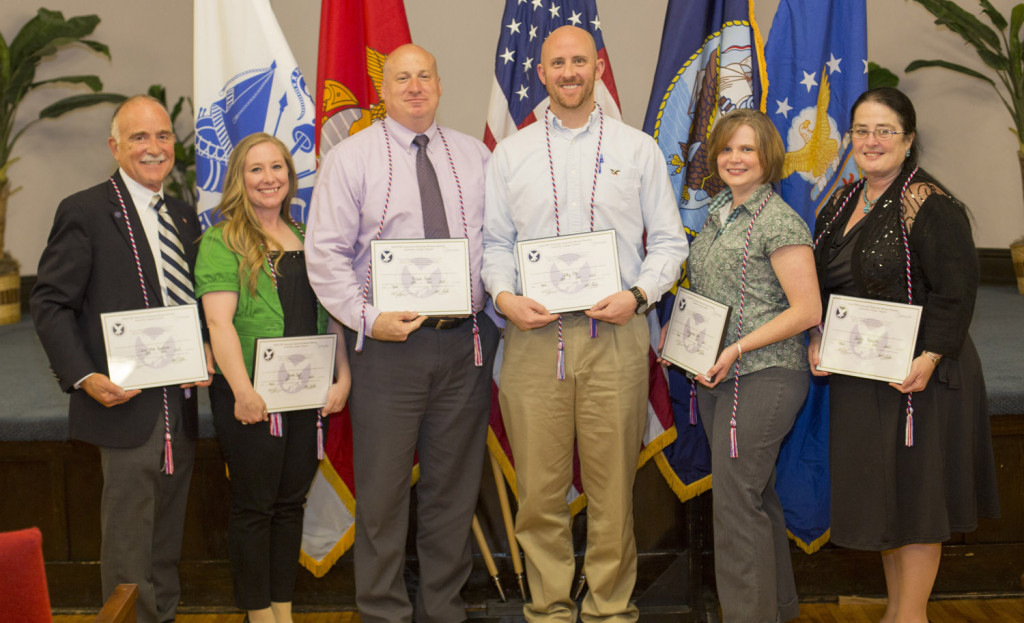 The Columbia College Veterans Service Center recently inducted 324 new members into the SALUTE Honors Society for 2015. The inductees, from more than 35 Columbia College campuses join the group’s growing membership of more than 500 members.

“This tremendous growth shows the dedication of our military and veteran population when it comes to academics,” said Keith Glindemann, staff advisor and chapter president of the Columbia College SALUTE chapter. “Of the 324 new members, many will be or have been recognized at ceremonies like this one at Columbia College campuses across the nation.”

The chapter also inducted its an honorary member into its ranks, inducting former Columbia College vice president for Adult Higher Education Col. Mike Randerson. Randerson is also the namesake of a scholarship exclusively for military servicemembers and veterans.

During Randerson’s 18-year career at the college, the number of students enrolled at nationwide campuses grew from 4,000 to 18,000, and the number of campuses grew from 17 to 35, half of which are located on military bases. He spent 25 years in the U.S. Air Force as director of Student Affairs and professor of national security studies at Air University’s Air War College.

“As a Vietnam Veteran, there was no homecoming, no recognition for military service as a veteran when I returned,” says Randerson. “Since its inception, I have loved the notion of a SALUTE honor society, which requires service to country and then academic performance. I have worked throughout my military career and during my career at the college to promote both of those things, and I am delighted and honored to be a member.”

SALUTE was formed in 2009 by the Colorado State Veterans Office thanks to a grant by the Walmart Foundation and American Council of Education.  There are more than 50 chapters of the society throughout the United States. The organization was created to recognize outstanding students and SALUTE the hard work and dedication of student veterans.