A scholarship for the next generation 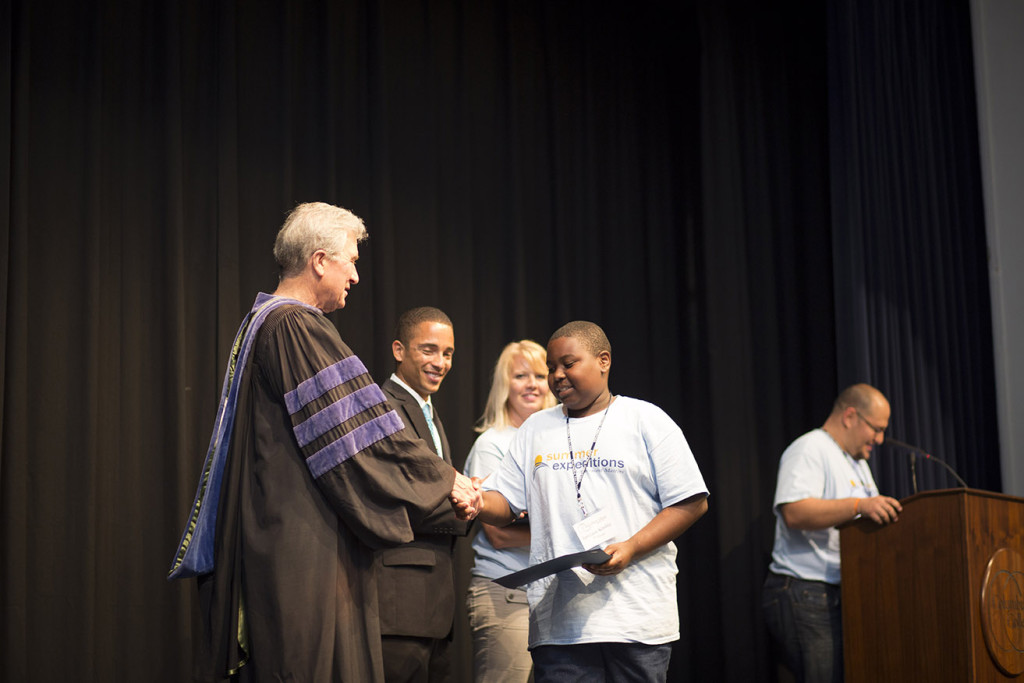 During the month-long Summer Expeditions Program, high achieving students not served by the school district’s gifted program enjoy a variety of educational activities and field trips. Each year, the final week of the program is hosted by Columbia College and introduces students to college life by featuring activities ranging from music and visual arts to the sciences, all of which are taught by the college’s faculty. The program culminated with a graduation ceremony in Launer Auditorium June 26 when the Summer Expeditions Scholarship Program announcement was made to students and parents.

“Columbia College had many conversations with parents, guardians and Columbia Public Schools faculty and administrators to determine how best we could serve these high achieving students in their aspirations for college,” said Michael Kateman, executive director of Columbia College Development, Alumni and Public Relations. “We are excited to offer this scholarship, as well as a host of college counseling resources to make the application process as smooth as possible for students and their parents.” 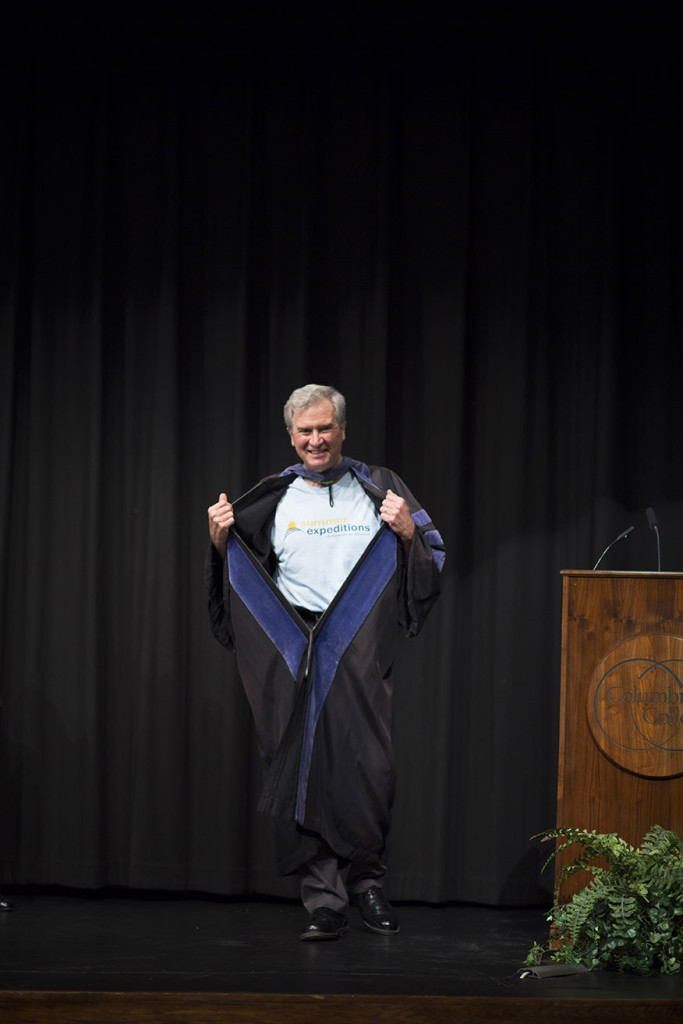 Dr. Terry Smith reveals his Summer Expeditions T-shirt under his regalia after telling students the history of the cap and gown.

Parents of the Summer Expeditions students reacted positively to the scholarship announcement.

“The scholarship is an awesome opportunity,” said Allison Chostner, a Columbia College student in the Master of Education in Educational Leadership program and mother of fifth grader Cory Chostner. “It’s great to know this is available to them.”

Columbia College’s participation in the Summer Expeditions Program is supported by grant funding from the State Farm Foundation and the Allen P. and Josephine B. Green Foundation. Several State Farm Insurance members were in attendance to cheer on the students during the ceremony, which kicked off with the national anthem sung by fifth grader Brianna Schultz.

Summer Expeditions began in 2010 after Smith, Dr. Chris Belcher, who was Columbia Public Schools superintendent at the time, and current CPS Superintendent Dr. Peter Stiepleman, sought a way to serve underserved students during the summer. Each year the number of participants has grown, with this year’s 53 students marking the largest group. As Summer Expeditions continues, the scholarship has the potential to benefit hundreds of students.

As Smith retires from his position after 19 years to join the Columbia College faculty full time and oversee the college’s honors program, this marked his last year with the Summer Expeditions Program. During the ceremony, Taylor, who has worked with Smith since the program’s inception, and Simmons thanked him and presented him with a commemorative photobook. 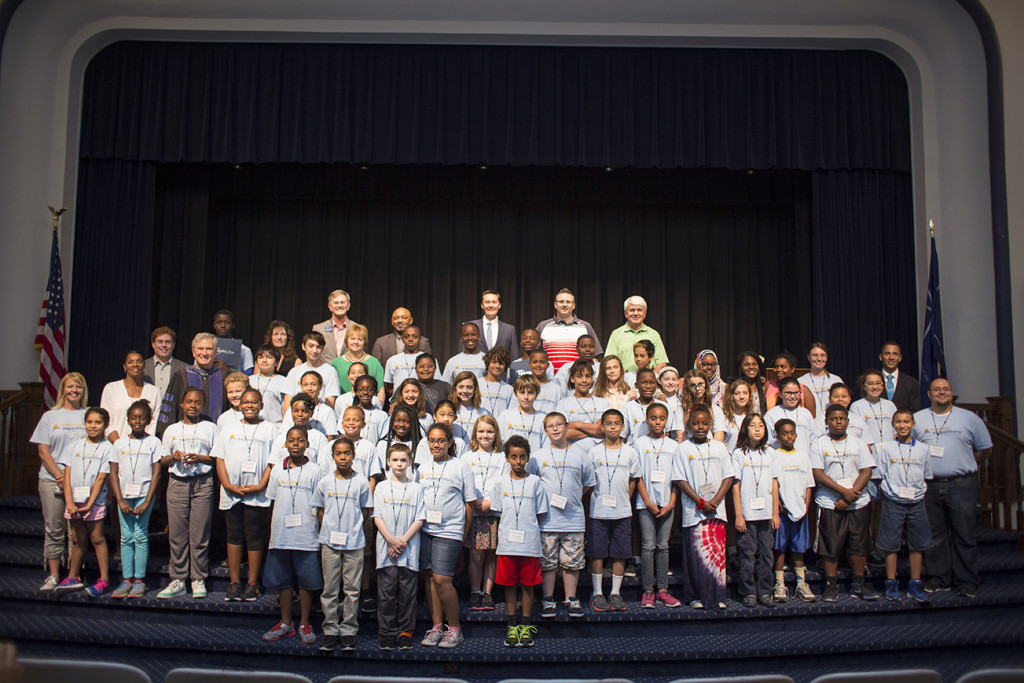 The 2015 Summer Expeditions class, with members of Columbia College and the State Farm Foundation.