Hats off to Dr. Beverly Chico 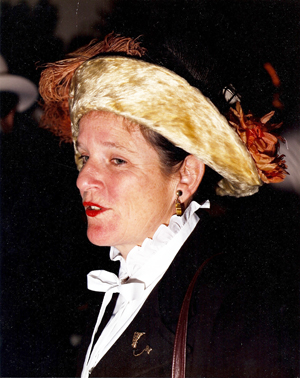 Dr. Beverly Chico dons a hat from her collection, a 1910 American cap made of fur and adorned with plumes and flowers.

Dr. Beverly Chico has a lot of hats. More than 600 hats and headdresses from more than 100 countries, in fact. The art of how we communicate through headwear is a passion for Chico, who has been teaching history at the Columbia College-Denver campus since 1991.

“[The head] is the most visible part of the body,” says Chico. “Hats are walking billboards because you communicate by what you put on your head. It’s not frivolous.”

Chico has given more than 350 talks and lectures on cultural, historical and religious aspects of headwear. In May, she added to that list when she spoke at the National Symposium of the Costume Society of America in San Antonio, Texas, about the importance of hats in children’s literature. She stumbled upon this topic while researching headwear for “Hats and Headwear around the World: A Cultural Encyclopedia,” which she published in 2013.

One of the most famous references to hats in children’s literature is “The Cat in the Hat” written by Theodore Seuss Geisel, or Dr. Seuss, in 1958. Chico pointed out in her presentation that Seuss’s lesser-known “The 500 Hats of Bartholomew Cubbins” was actually written earlier, in 1937, but his approach to rhyming nearly 20 years later is what transformed early readers for children and opened the door for hats as a theme in children’s books. 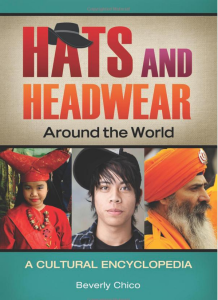 “After 1957, children’s book authors became aware of how hats can be used in many different ways for children’s stories. That was really the turning point,” says Chico. “They can teach history and life lessons. And the artwork in children’s book is incredible.”

Chico says that since “The Cat in the Hat,” more than 1,000 children’s books focusing on hats have been written in English. She keeps track of new children’s books about hats published each year.

Chico studied music at the New England Conservatory. She received master’s degrees in art history and the history of ideas from The John Hopkins University, and her doctorate degree in women’s history from the University of Northern Colorado. Formerly an employee of the United Nations, she has lived in many countries. She teaches western civilization, European and American history courses for Columbia College. For the January 2016 Session, she looks forward to teaching a new history course: Warfare, Witches and Modern Europe.