CC through the photographer’s lens

Columbia College photographer Kaci Smart ’09 has been part of our public relations staff for six years and has photographed more than 1,000 events and portraits. CC Connected sat down to chat with her about some of the favorite photos she has taken during her time at the college and the stories behind these amazing images. 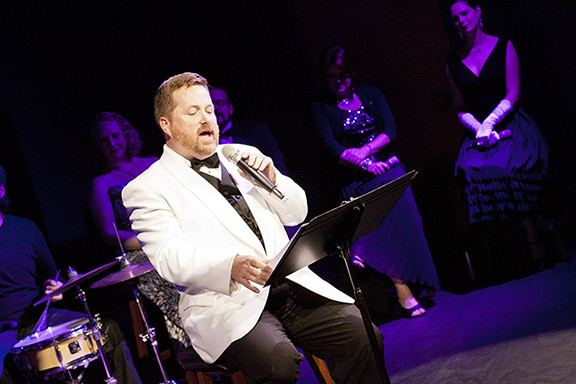 KS: “I always get a little nervous when I am at an event to take photos and they turn off the lights. It was so dark in the crowd that I couldn’t see my camera or my other lenses, but the stage lighting ended being so nice. The main light highlighted the main singer, Nollie Moore, while the secondary lighting in the back created a purple hue on the other singers and musicians.”

KS: “Fall is my favorite time of the year and we had such a pretty fall in 2013. I usually take photos around campus each season, but I knew I wanted to do something extra for this shoot. Campus Safety let me up on the roof of Missouri Hall where not only could I see the entire front of the campus, but a lot of the city as well. I was able to take several photos and stitch them together for this panoramic.” 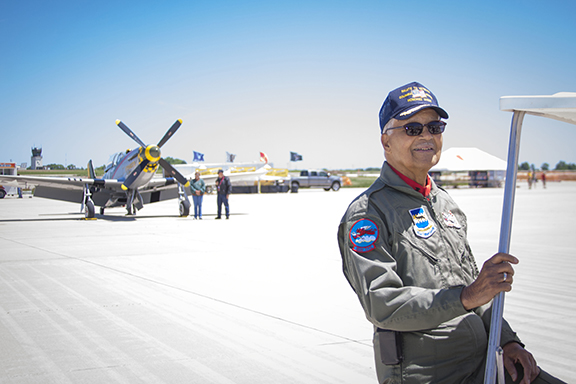 KS: “This photo was taken the day before the 2013 Salute to Veterans Memorial Day weekend air show. Columbia College alumnus Col. Charles McGee ’78 was invited to ride along in the same model of aircraft that he flew during his time in the Air Force. The photo is very candid even though it looks posed and I was fortunate to get the plane in the background of the shot.” 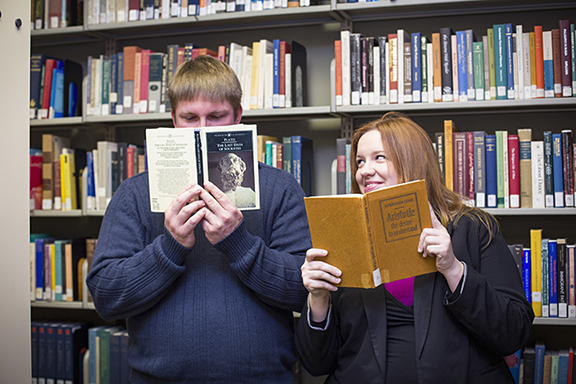 KS: “I was asked to take a photo of Ryan and Charisse Smith for a CC Connected article. They were both former Schiffman scholars and involved in philosophy club. A different photo I took of them was used for the article, so I was always a little disappointed that this fun one was never used.” 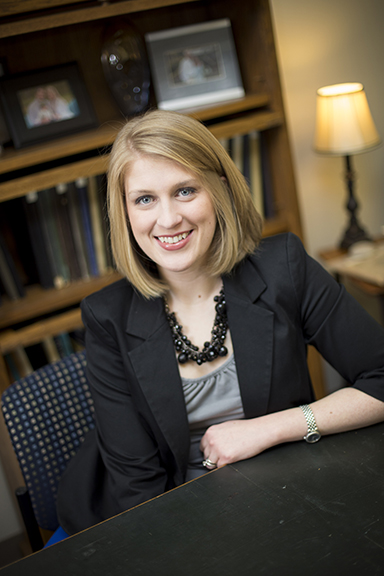 KS: “I have taken many portrait shots of staff, faculty and students over the years but Ember’s is one of my favorite. I usually try and take portraits outside or in the photo studio but we ended up just setting up in an office. There are so many elements of this photo I like –  the angle of the table, the dots on the chair, the lamp in the background and how because of a shallow depth of field the only thing that is really in sharp focus is her face which ended up having really nice lighting from a window in the office.“

KS: “Last year was the first year I was asked to take athletic team photos, which ended up being a lot of fun. After the basic team photos, we staggered the team in a line and worked with them to all stand with different poses and at different angles to set up this shot.”

Santa at the Alumni Holiday Party 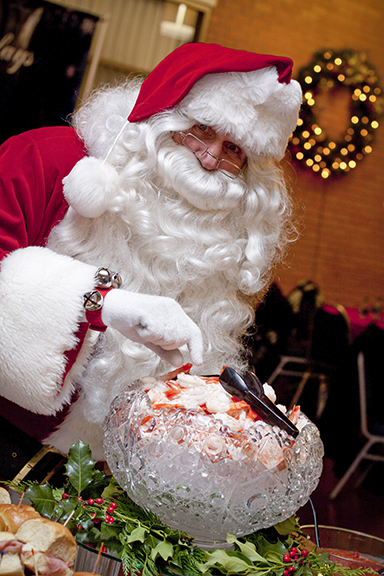 KS: “Every winter, I take photos at the Holiday Lighting Ceremony and the Alumni Holiday Party and every year they hire the same man to play Santa Claus. I always look forward to working with him because he does such a great job as Santa and is really pleasant to work with. Usually the events are non-stop photos with Santa but I was able to catch him just goofing around before the staged photos started. 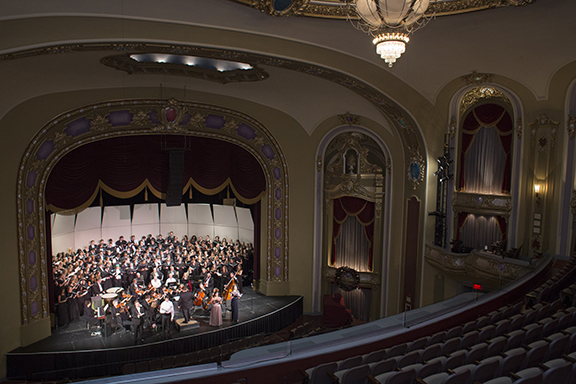 KS: “It had been years since I had been to the Missouri Theater so I had forgotten what it was like. It is a very lovely space and since this concert was around the holidays the whole building was decorated for Christmas which gave it an even warmer feel. This photo was actually taken during rehearsal before the show even started so I was able to get several photos without any audience members in the shot. The photo doesn’t really do the event justice without being able to hear the concert itself, but it was a really fun to take photos in such a grand space.” 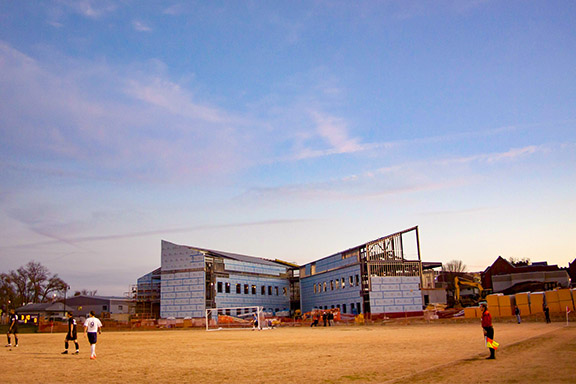 KS: “This was the first and only soccer game I have taken photos at, so it was an interesting experience to keep up with the speed of the game and changing light with the setting sun. The Brouder Science Center was under construction and I remember trying to keep it out of my photos so it wasn’t a busy distraction in the background of all my shots. However, there was such a pretty glow at sunset with the contrast between the blue of the sky and building with the yellow of the field and construction equipment that I had to snap a pic of the scene.”