On June 19 the San Diego campus hosted its fourth annual commencement ceremony at The Corky McMillin Event Center at Liberty Station in Pt. Loma. The Class of 2015 comprised 57 graduates, and 43 of them participated in the ceremony.

The ceremony was led by Campus Director Diana Schriefer with special guest Dr. Jeffrey Musgrove, vice president for the Division of Adult Higher Education from the main campus in Missouri, who conferred the degrees. The commencement speaker was Lt. Col. Greggory Bond (retired). His speech was inspiring and well-received by the guests and graduates. Chaplain Lt. Cmdr. Young Song, 2nd Recruit Battalion, provided the invocation and the benediction. Ms. Lelana “Zoe” Magnetta, Class of 2014, welcomed the graduates into the Alumni Association and led the Alumni Charge.

The students walked into the ceremony connected by a 150-foot ivy chain. The Ivy Chain Ceremony is a 116-year-old tradition from the main campus and has been nationally recognized for being the longest, continuously offered Ivy Chain Ceremony in the country. The ivy symbolizes the unity of the graduating class with their alma mater and the continuity of friendships. As the ivy is cut, signifying the separation of the graduates from their alma mater and each other, they retain a piece of the ivy, which represents the special bond they take with them – of Columbia College and all that it has meant to them.

While the Ivy Chain Ceremony was marked with tradition and elegance, Dr. Musgrove encouraged the graduates to enjoy their time on stage as they received their diplomas. Many students followed his advice and incorporated their own special walk or dance as they strode across the stage and posed for a photo.

The ceremony ended with a reception sponsored by the Alumni Association. 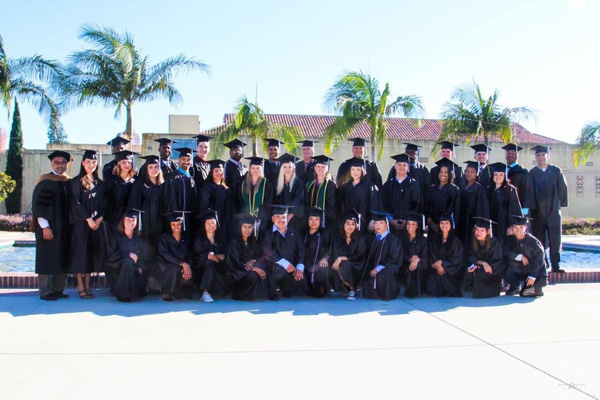