Bonine named campus director at Lake of the Ozarks campus 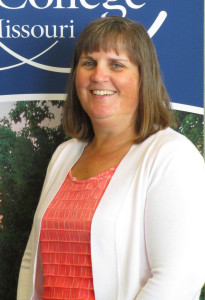 Dr. Jeffrey Musgrove, vice president for the Division of Adult Higher Education at Columbia College, recently announced the appointment of Kim Bonine ’03 to the position of campus director at Columbia College-Lake of the Ozarks. Bonine is just the second director in the campus’s history as she takes the helm after Dr. John Keeney oversaw the campus for 25 years.

“Kim knows what it takes to run a successful campus and has been a key member of our team for many years.” Musgrove said. “We are looking forward to her implementing strategies that capitalize on the tremendous faculty, staff and facilities we have at the Lake of the Ozarks campus.”

Bonine has been part of the Columbia College staff for 24 years in several different roles, including as campus director of the Columbia College-Jefferson City campus from 2004 to 2010. She also served as assistant dean for Adult Higher Education from 2010 to 2014 and director of the college’s Rolla campus during the 2014-15 academic year. A native of Jefferson City, Missouri, Bonine also has worked as an adjunct faculty member for the college, teaching business classes since 2003.

Bonine is a 2003 graduate of Columbia College, earning a master’s in business administration. She is a member of the University Professional and Continuing Education Association, and she and her husband, Darrell, who is also an alumnus of Columbia College, have two children, two grandchildren and a third grandchild on the way.