Cavanah and Tatlow appointed to Columbia College Board of Trustees 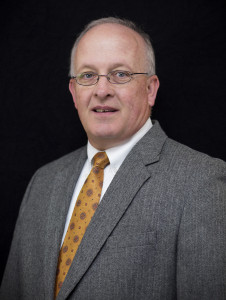 Columbia College Board of Trustees Chair Daisy Grossnickle recently announced the appointment of Lex Cavanah and Gary Tatlow to the Columbia College Board of Trustees. The two new members recently attended their first board meeting, the college’s President’s Society Dinner and Homecoming and Family Day celebration. With the additions of Tatlow and Cavanah, there are currently 20 members on the board.

“These gentlemen are excellent additions to our board and we are so pleased to have them join us,” Grossnickle said. “Lex and Gary both have a tremendous passion for higher education and have strong ties to Columbia College.”

Cavanah serves as general manager of Walsworth Pre-Press and Donning Company Publishers and is a 1980 graduate of Truman State University, where he earned a bachelor’s degree in physics. After college, Cavanah joined Walsworth Pre-Press, located in Marceline, Missouri, and worked his way up through the ranks of the company. In his role, Cavanah oversees operations at one the nation’s 50 largest printing companies, which has offices in Brookfield, Missouri, Overland Park, Kansas and Saint Joseph, Michigan.

Cavanah is active in his community, is involved with his church, the Marceline Public Schools and the Marceline Chamber of Commerce. Cavanah’s daughters, Kensie ’11 and Kaitlyn ’13, are both graduates of Columbia College. 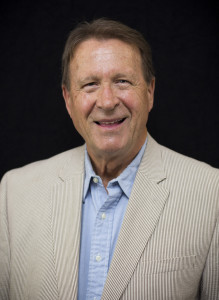 Tatlow, who recently retired as a law firm partner at Tatlow, Gump, Faiella and Wheelan, is a 1961 graduate of the University of Missouri, where he earned a bachelor’s degree in psychology and a Juris Doctor. Tatlow enjoyed a long and distinguished career in trial practice and received the Missouri Attorney General’s Outstanding Citizen Award.  He was also named an ‘advocate’ by the National College of Advocacy and the American Trial Lawyers Association.

Through the years, Tatlow has forged a deep connection to Columbia College through his wife, Marilyn (Silvey) Tatlow, who passed away in 2005. Marilyn was a 1960 alumna of Christian College who had a great affinity for her alma mater. She served on the Columbia College Board of Trustees from 1988-1993 and was also a member of the Columbia College Alumni Association Board from 1979-1983. Gary has also has been active at his alma mater, serving on the University Of Missouri College Of Arts and Sciences development board and the University’s national campaign steering committee.