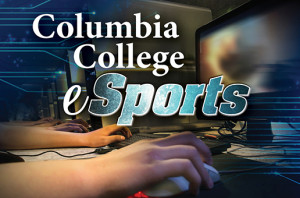 Competitive video games, or eSports, are coming to Columbia College in the fall of 2016. The college will be one of the first in the country to offer scholarships to talented student gamers.

“eSports aren’t the future,” according to Columbia College President Dr. Scott Dalrymple. “They’re the present. True skill at video gaming is just as impressive — and just as legitimate — as excellence in traditional sports.” Dalrymple earned national attention last year when he challenged Columbia students to beat him in Madden NFL, with a year of free textbooks on the line (he lost and paid up).

The college will recruit two teams of five players (and two alternates) to play the game “League of Legends,” which is currently the most popular video game in the world with more than 27 million players each day. Columbia College expects to play in the Collegiate Star League (CSL). A leader in collegiate eSports, the CSL was founded in 2009 and has awarded over $250,000 in scholarship money to collegiate champions.

“The eSports program at Columbia College will be innovative, well-funded, and student centric,” new eSports Director Bryan Curtis said. The college is currently renovating a small building on Rangeline Street into the Game Hut, a futuristic venue reserved exclusively for gamers. “Casual gamers will be able to use the Game Hut too,” Curtis says. “We’ll have flat-screen TVs hooked to an Xbox and a PS4.” Students should be able to enjoy the facility by early 2016.

The search is underway for a part time coach for the League of Legends team, with Curtis serving as the overall eSports Director. For information on the new eSports program, contact Curtis at blcurtis@ccis.edu or at (573) 875-7437. Click here to apply now for the coaching position.