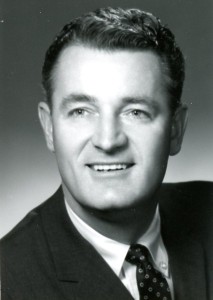 Columbia College’s 13th president Dr. W. Merle Hill passed away on Oct. 1, 2015. He dedicated his career to education, starting as assistant professor at Purdue University. He was a Fulbright Scholar and a recipient of a Danforth Teaching Grant. Merle became dean of faculty at Christian College, a two-year women’s institution. Inaugurated as president in 1965, he transformed Christian College to Columbia College, a four-year coeducational facility during his 12-year tenure.