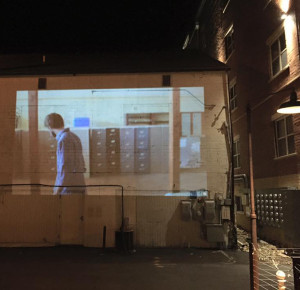 Students in the video art class display their film projects in downtown Columbia.

This past week the Department of Visual Arts took Columbia by storm. With student and faculty work on display in downtown galleries, and the department hosting a drawing contest for high school students, you didn’t have to look far to find the community infused with Columbia College art.

During its aptly named First Friday festivities, the North Village Arts District of downtown Columbia hosts an art crawl on the first Friday of each month during which local art galleries, shops and cafes open their doors after hours, welcoming the public to enjoy the work of local artists.

At First Friday on Oct. 2, the Orr Street Studios exhibition boasted several works by Columbia art students. Art Professor Danielle Langdon’s ARTS 374: Video Art class had the opportunity to feature the film projects its been working on this semester. 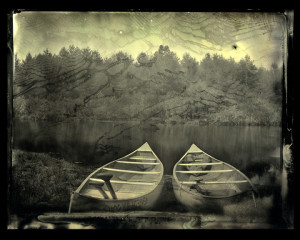 There was a sense of celebration among the students as they watched their creations play at the well-attended event.

“I’m definitely happy with the outcome,” says Meyer, whose group created “Frustration” about a college student experiencing a day where everything goes wrong. 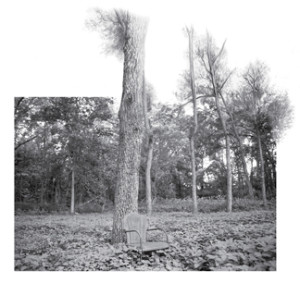 “As the only video class, it’s a brush stroke of this media,” says Langdon. “I want students to access their creativity from this media as a whole, and then be able apply it to the media they are focusing on [in their chosen art major]. They’ve made lots of progress in one month.”

In addition to the video exhibition, students Blake and Meyer, as well as Art Professor Scott McMahon, had photos in the exhibition, which were judged as part of Orr Street Studio’s second annual Photo Vision Show. A large crowd gathered as the awards were announced, with McMahon taking first place in the professional photography category for his work “Pastoral Scene,” and Blake taking second in the category for her piece “Drawn from Light and Shadow.” 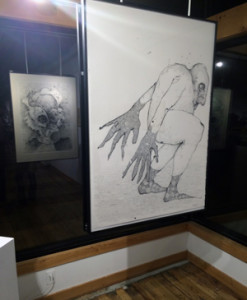 A few blocks down on Walnut Street, Mike Sleadd, chair of the art department, had an extensive exhibition of his drawings at the Sager Braudis Gallery. Sleadd, who has been teaching at Columbia College for more than 25 years, exhibits his works nationally and has an impressive portfolio of freelance design and illustration, including illustrating book covers for the poetry of Walter Bargen, Missouri’s first Poet Laureate, who attended the college’s inaugural Favorite Poem Night in April.

Rounding out the week, Oct. 8 brought nearly 50 high school students from Sturgeon, Cairo, Glasgow, Madison, New Franklin, Slater and Pilot Grove to campus to participate in a drawing competition hosted by the art department and the Office of Admissions. Students were given two hours to draw from still life objects, a model and scenes on campus before being judged and awarded ribbons by Sleadd and Art Professor Naomi Lear. Students were also given tours of the art facilities in Brown Hall led by the art faculty and treated to lunch.

The tours included a viewing of the Sydney Larson and Greg Hardwick Galleries. The Hardwick Gallery currently features a mixed media exhibition by Garrett Lupus entitled “Portraits of Family and War,” which will be on display through Oct. 21. 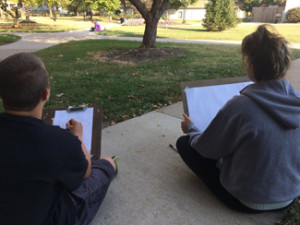 The Larson Gallery currently features a printmaking exhibit by Brett Anderson called “Odd Mythos,” winner of the 36th annual Paper in Particular. This exhibit will be on display through Oct. 16.

For information about these shows or the Department of Visual Arts and Music, visit the department homepage or Facebook page.