The Columbia College volleyball team rallied from a two-set deficit to win the American Midwest Conference (AMC) championship Saturday by a score of 3-2 (21-25, 18-25, 26-24, 25-23, 15-13). The victory over Missouri Baptist University extended the 5th-ranked Cougars’ win streak to seven matches and improved the team’s overall record to 27-7. 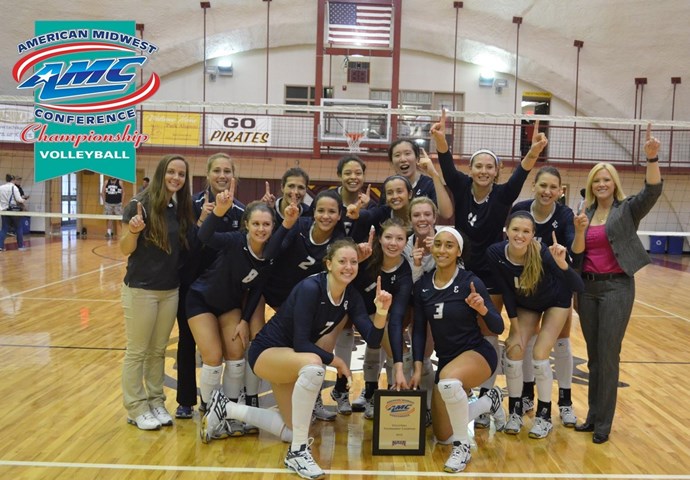 Laurie Frew is no stranger to putting the ball in the back of the net, but one goal in the American Midwest Conference championship game was the most important of the season. With nine minutes left in a 5-0 win against Park University, Frew broke Columbia College’s record for goals scored in a season after a shot into the upper-right-hand corner of the net. It was the 24th goal of the season for the soon-to-be AMC Player of the Year. 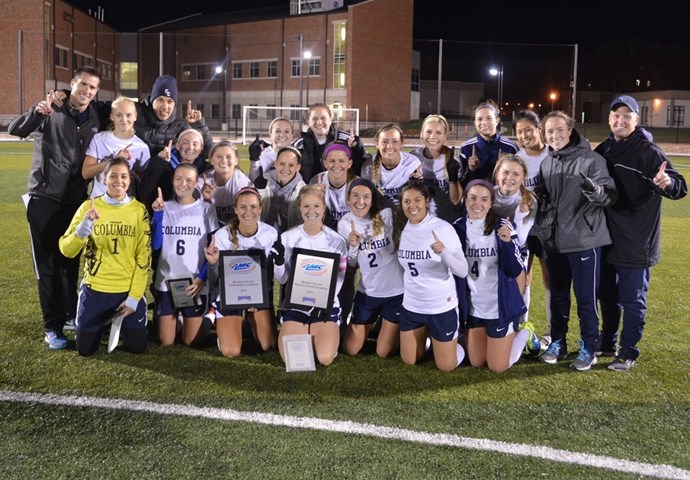