Music and art collide in “Taking it to the Streets” 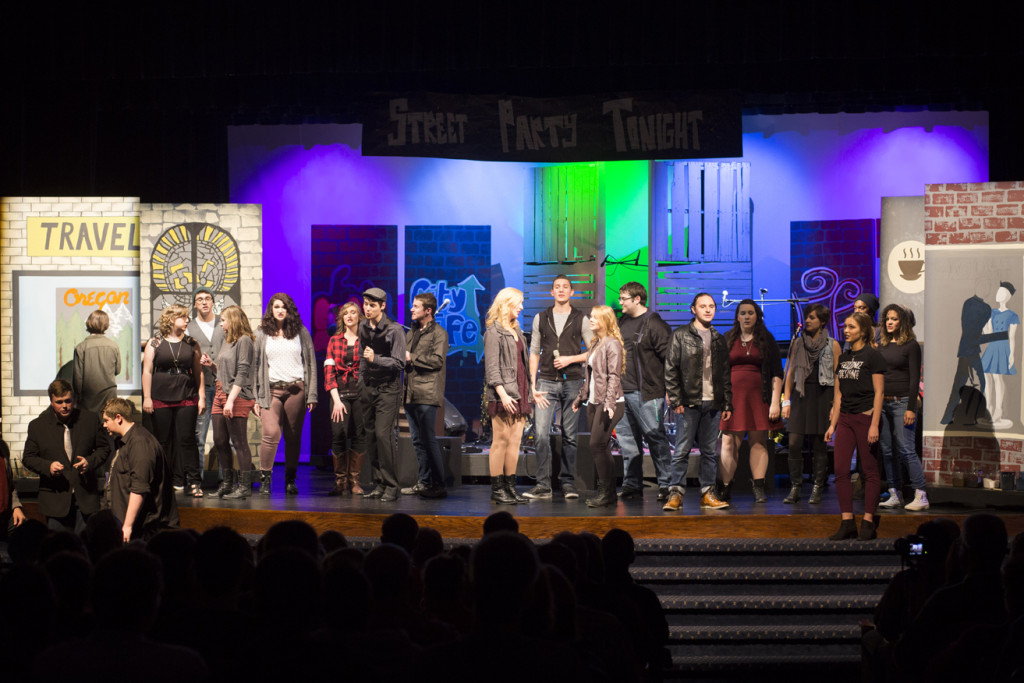 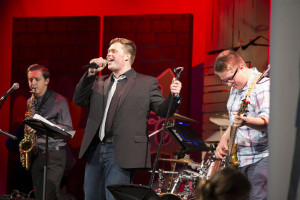 “Taking it to the Streets” unfolded on the Launer Auditorium stage Nov. 19 before a crowd of cheering faculty, students and family members. With a minimalistic set of pallets and graffiti creating an urban street feel, the free event featured 16 songs performed by the campus rock band, three a Capella groups, the CC Show Choir, the CC Drum Line and five visual arts students, who created paintings of oversized storefront windows alongside the musical performances.

Because of the sheer number of students in the show, the collaboration required individual groups to practice on their own and to pull the show together only a few days before the Nov. 19 performance, which marked the first complete run-through of the show.

“The most challenging part was getting time with every club, because altogether we had some 40 people up here,” lead singer of campus rock band, Providence Road, Logan Moore said following the performance. “You practice, practice, practice on your own, come together the day of or the day before [the show], run it, figure it out and then do it.” 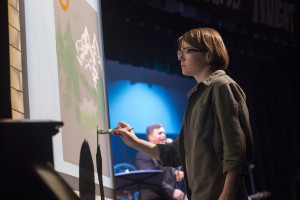 Art student Katie Blake paints an image of Oregon as part of the performance.

The students collaborated to choose the songs, which included contemporary pop favorites ranging from Billy Joel’s “River of Dreams” to Hozier’s “Take me to Church” and Imagine Dragons’ “Radio Active.” The show opened with a combined performance by all the groups singing the Miley Cyrus sensation “Party in the USA.” Individual groups then took turns rocking and dancing their way on and off stage through a flurry of hit songs.

The CC Show Choir and a Capella groups the Freebyrds and Much-Adoo-Wops staged full songs, while a Capella group Perfect Octave offered pithy hooks from crowd-pleasers such as “Boogie Woogie Bugle Boy” and “Lady Marmalade.” Providence Road featured students on guitar, saxophone, drums and keyboards, with lead vocalist Logan Moore displaying his riffing talent during John Newman’s “Cheating” and Bruno Mars’ “When I Was Your Man.”

The store window paintings progressed speedily during the songs. The five art students painted the stage pieces to look like department store windows, stained glass and advertisements. Art student Katie Blake, who wants to be a professional stage manager, whipped up a travel agency poster featuring the mountains and pine trees of Oregon for her window painting. 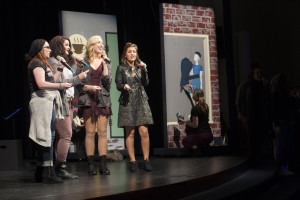 “I didn’t have much time, so I wanted to get as much color on there as possible,” Blake said after the show. “It was nerve-wracking – you can’t run a dress rehearsal for the painting – but once I got started, I realized I can do this.”

Used to being backstage rather than on it, Blake added, “It was really fun. I think we should do this every year. I think it’s a great collaboration between music and art and a good way to tie in the visual arts.”

The show wrapped up with the Freebyrds and Providence Road performing the Hozier hit, which led into the Imagine Dragons finale. With Providence Road opening the song on a fog-filled stage, the visual artists spun their paintings around to reveal new set pieces featuring graffiti representing each music group. The other groups, including the CC Drum Line, entered the auditorium from the back, marching down the aisles before filling the steps leading up to the stage. The drum line thunderously accentuated the bass line as the voices of 45 singers brought the song to a dramatic close. The lights went to black, and the audience praised the show with a standing ovation.

“I have to tell you, I’m very happy,” said Nollie Moore after the performance. “The individual groups have been working all semester, but we had Monday and Tuesday to get it on its feet in Launer. Two years ago, none of these music groups existed. This was 45 students bringing all their talents together, and I couldn’t be happier.” 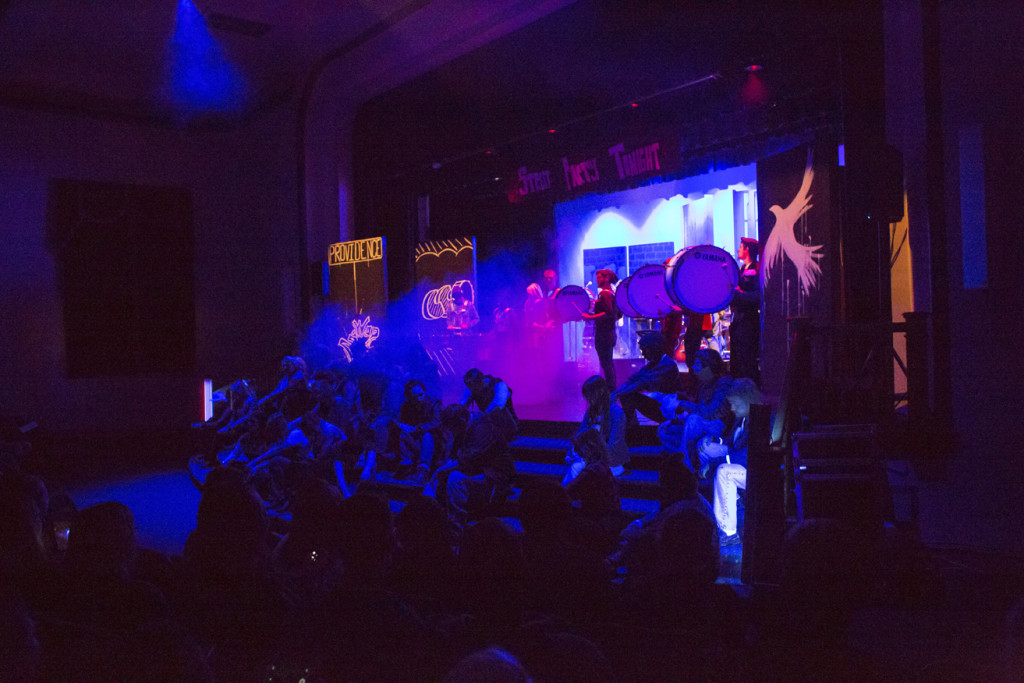