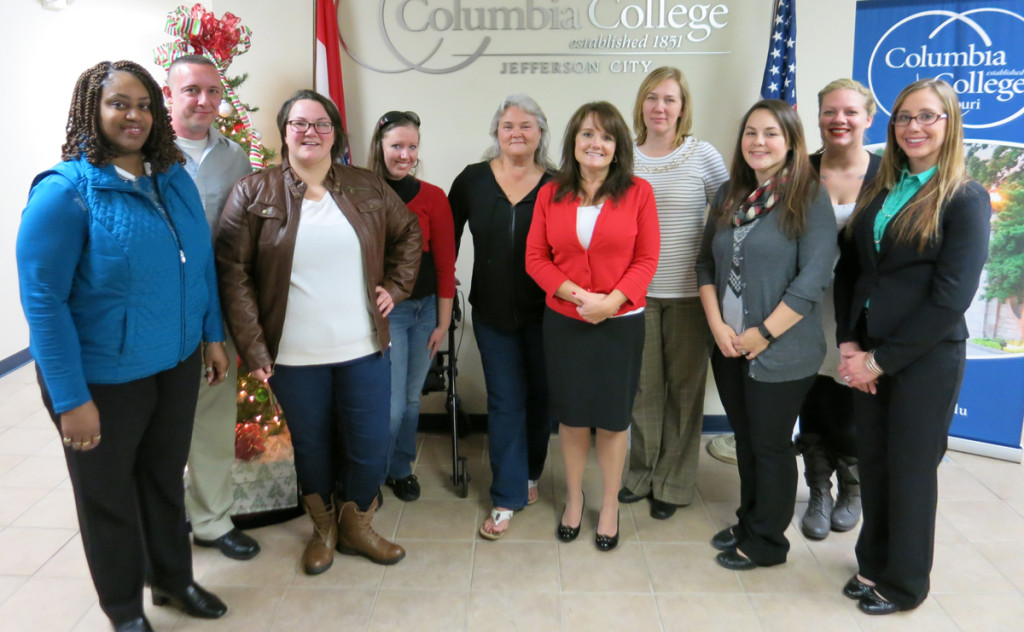 Ten students from Columbia College-Jefferson City were recently awarded scholarships from the
campus. The scholarships were presented by Campus Director Becky Bocklage at an on-campus ceremony with more than 100 students, faculty and staff in attendance.

The evening was also special for Shyra Schulte, as she was awarded the Bocklage Scholarship, an annual award valued at $1,000 funded by Joe Bocklage, alumnus of the Jefferson City campus, and his family. Finally, the night was wrapped up by Robert Johnson receiving the first Jungmeyer Award, a $1,000 scholarship funded by the family of adjunct faculty member Paul Jungmeyer.

“We are thrilled to honor these students and assist with continuing their education.” Becky Bocklage said. “It was amazing to have the entire Jefferson City campus community here for the presentation as we honored these 10 exceptional students with these campus scholarships.”