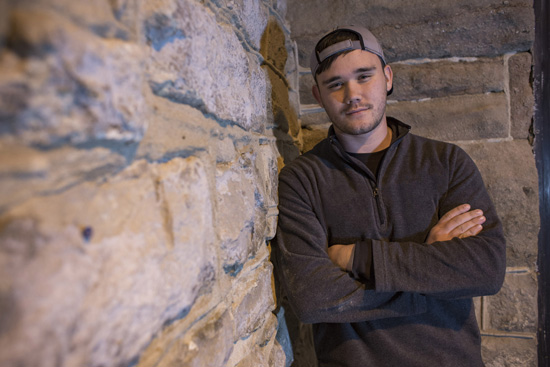 When sophomore Aaron Nelson transferred to Columbia College this fall to study music, he had no idea his first semester would be spent rocketing up the Billboard Christian Rock National Airplay charts with his band, Almost Taken. Their grinding single “Ashes” has been in the top 20 for more than six weeks.

The sudden success came as a surprise to Nelson’s bandmates too. Along with Nelson, Josh Crossland, Dusty Gibson and Chris Jackson form the relatively new rock- and metal-influenced ensemble that formed in 2010, with Nelson joining them three years ago.

But don’t mention “one-hit wonder” around this foursome of mid-Missouri natives. They have a purpose, and they’re here to stay.

In a lot of ways, Nelson is a typical college kid. Quiet and a little reserved, the 20-year-old Fulton native takes classes, has a job, studies and plays in a rock band. Already an accomplished guitarist when he came to Columbia College, studying music was a natural choice for Nelson, though it’s easy to spot the dichotomy between the classical training of his Columbia College music classes and his Switchfoot-influenced life as the lead guitarist of hard rocking Almost Taken.

“Aaron is the very kind of student we are thrilled to have,” says Music Director Nollie Moore. Through just one semester of music theory, voice and piano, and participation in the Jane Froman Singers and CC Show Choir, Moore says Nelson has already grown considerably in musicianship.

“I enjoy the atmosphere on campus, and how everyone here has the same drive to succeed as I do,” Nelson says of his first semester at Columbia College. “In regards to the music program, I love it. It’s crazy, busy, fun, occasionally stressful, but worth it. The instructors seem to genuinely care about the students.”

The sense of positivity and encouragement Nelson feels on campus is something he also feels as a member of Almost Taken, and it’s important to him.

“We want to make music people can relate to that has a positive message,” Nelson says. “We want people to be able to listen to the lyrics and [have that] help them out with something in their lives.”

In October, lead singer Josh Crossland received a peculiar phone call from a radio station in Nashville. The station was requesting the single “Ashes.” Crossland, of course, was happy to supply a copy but wondered how the Tennessee station had learned about the song.

“’Because you’re on the Billboard charts,’” Crossland recalls the man from the station saying.

“We are? I mean, of course we are!” Crossland laughs, remembering how he tried to play it cool. It was news to him.

At the time, thanks in part to a Florida radio station that has loyally played Almost Taken since the band’s inception, “Ashes” began to spread, getting enough airplay to put it at No. 29 on the Billboard Christian Rock National Airplay charts. Through November, the single has moved up significantly, teetering week to week between the No. 17 and No. 14 slots.

Crossland, the outspoken 32-year-old native of Jefferson City, decided to form a Christian rock band in 2010. He had played in a few other bands but decided after getting married, having two kids and reconnecting with his church that he wanted to try something different. 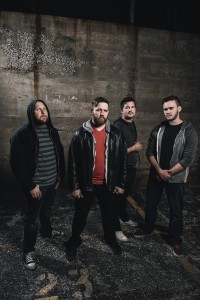 After cycling through a few band members in the early days, Almost Taken picked up drummer Chris Jackson, 30, of Columbia, and bassist Dusty Gibson, 27, of Holts Summit. Like Crossland, Jackson and Gibson are married, have children and work full-time jobs while playing in Almost Taken on the side.

But they didn’t have a lead guitarist, something Nelson noticed when he saw Almost Taken perform at a local battle of the bands in 2012.

“We had this kid – this 17-year-old kid – send us this message on Facebook about how he might be interested in being in the band,” Crossland remembers. “I kind of blew it off because we had had so many bad auditions – and he was 17!”

Nelson was persistent, however, and invited the band to see him perform some covers at a coffee shop in Jefferson City. They were immediately impressed. One formal audition later and Nelson was in.

For the past three years, the group has played crowds big and small across Missouri, and now their hit single can be heard on Christian rock stations all over the country and on their Spotify channel.

Feverish, driving and heavy, and with influences like the Red Hot Chili Peppers and Foo Fighters, the music of Almost Taken makes an easy home in the Christian rock genre, whose mainstream roots make it so accessible.

That accessibility is important to the band, which strives for audiences to take positive messages from their lyrics. With its theme of overcoming addiction, “Ashes” isn’t necessarily about religion or faith, but rather, about life in general. And it’s a theme they can all relate to.

Initially, forming Almost Taken was just about getting a band together and playing music. But then the group realized it needed to find its purpose and define its audience. While they were playing mostly at churches in the beginning, they realized the people they most wanted to reach were not in church.

This meant taking the act to bars, clubs and festivals, which at times presents the types of temptations that inspired the band’s name.

“We’ve all been almost taken by different kinds of temptation,” Crossland explains as the other three nod in agreement. The band’s name reflects each member’s personal struggles and ultimate decision to turn away from destructive influences, and turning instead to their faith.

With their latest success, and the goal of pursuing more, the lure of fame is one temptation this group is not worried about.

“We get to play music that anyone can listen to and enjoy, and we don’t have to worry about language or what the songs are about because they’re written about positive situations or struggles that can be overcome,” says Gibson.

“I have this talent for a reason,” Jackson agrees. “Now I’m really happy I’m using them for a better purpose.”

And Nelson, the youngest of the four? Excited about their upcoming release “Open Your Eyes,” which he says is even more pounding than “Ashes,” has fallen in with good company, both on campus and off.

“In any other musical endeavor I went for, I was just doing it for fun. In the end, fun isn’t as fulfilling as having a purpose,” Nelson says. “We want to see people’s lives changed because our lives have changed.” 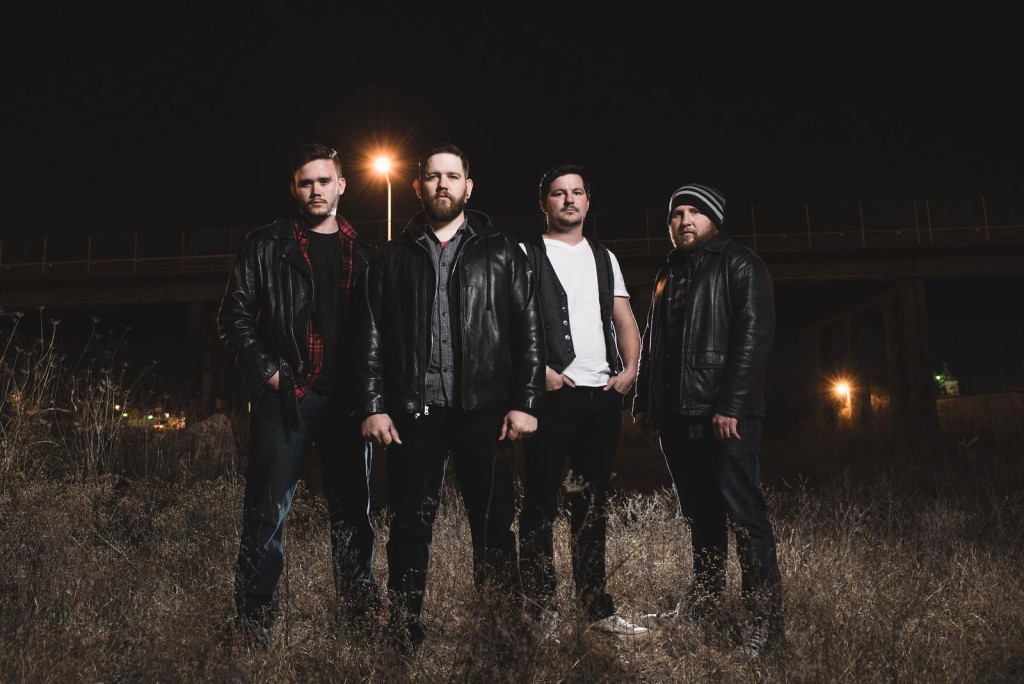