A Swiss Army knife made in Canada 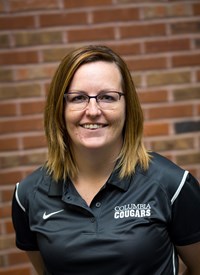 She is often the first one to arrive at Southwell Complex, and the last one to leave. The hours and attention to detail are demanding while balancing life and a family, but she does it with grace and seemed ease. She is a photographer, writer, statistician, historian, compliance administrator, script writer and sometimes even a custodian.

Yes, you could certainly argue that Cindy Potter could be called the Swiss Army knife of Cougar Athletics, able to handle any situation at any time to ensure success.

“I have truly enjoyed everything I have done at Columbia College, and it has completely become a lifestyle and not a job,” Potter said. “I’ve always said I will probably be a lifer here because I don’t know that I could do what I do for Columbia College for another school because the college has become a part of who I am.”

The native of Winnipeg, Manitoba, in Canada, has been part of the Columbia College family in some capacity since 2002, first as a captain on the Cougar softball team where she garnered several honors during her two-year career. In 2012, she was inducted into the Columbia College Athletics Hall of Fame. Following a stint as assistant coach for the softball team, Potter took on the role of interim sports information director in 2005, and she has not looked back. Potter has also excelled in the ranks of athletic media relations and was promoted to her current role as associate director of Athletics for Media Relations and Compliance with the program in 2011. 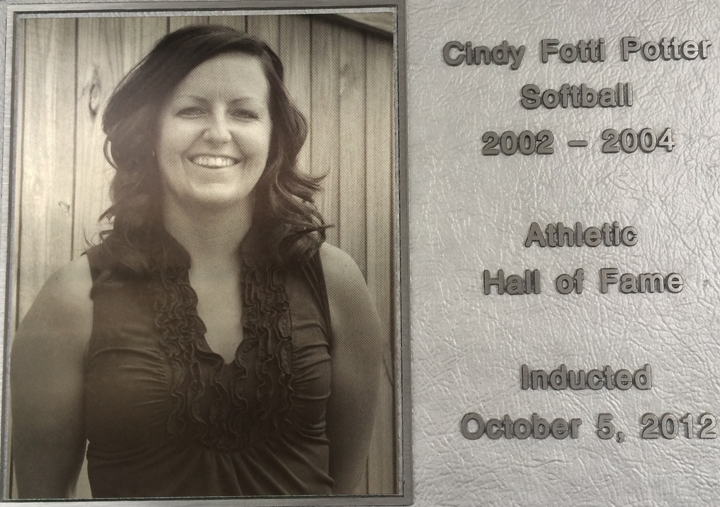 “Three quarters of my wardrobe is navy and silver because I simply love Columbia College,” Potter said. “It [the college] has given me the opportunity to do what I love, and everyone here has truly become family. Outside of my husband, Cory, and his family, I don’t have immediate family members within 1,000 miles … but it’s been the Cougar Club members and [Director of Athletics] Bob [Burchard] that have filled that role.”

Potter is not only well-respected around campus, but also in the national realm of athletic media relations. She is a member of College Sports Information Directors of America and was appointed to the national board of directors in 2011. In 2008 Potter received the College Division Rising Star award for her dedication to the profession. She is currently the president of the board for the NAIA division of the Sports Information Directors of America. She is a member of the College Division Management Advisory Committee for CoSIDA and serves on various committees for both CoSIDA and NAIA-SIDA.

Burchard noted that Potter also plays a key role in assisting student athletes every day, and that there it’s not unusual to find a line of student athletes outside her door seeking her advice and guidance as they make their way through school.

“Cindy is the model of a student-centered athletic administrator,” Burchard said. “Her work ethic, attention to detail, and genuine concern for our student’s success is not only appreciated by her colleagues but admired by her peers.”

Potter and Cory live in Columbia and have two children, daughter Caitlynn Jae, son Chase and their three dogs. The family is a staple at all Cougar Athletics contests, cheering on CC and supporting mom and wife, two additional roles at which Potter excels.