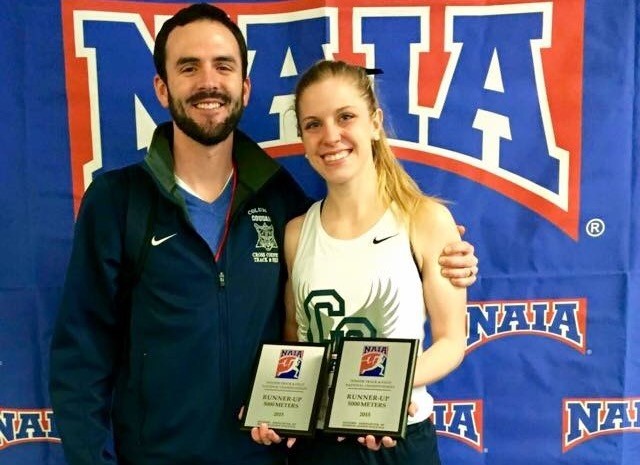 Lindsey Martin Andrews ’14 came to Columbia College seeking new opportunities in the athletics realm and also in the field of Special Education. She found success in both of these endeavors at Columbia College and much more, finishing her career as one of the burgeoning cross country and track and field teams’ most decorated student athletes (she was a six time All-American) while earning a bachelor’s degree in General Studies with a minor in Education.

In the latest CC Focus, the Lee’s Summit, Missouri native talks about her experience at CC, what she loves about running (and s’mores), and the importance of the strong relationship between a coach and a student athlete.

​CCC: Where do you live now?

CCC: What is your favorite food?

LA:  Christian Rock, The band NeedToBreathe is my favorite

CCC: What is your current profession?

LA: I am a graduate student and cross country athlete at the University of New Mexico (UNM). I also teach Adapted PE at Albuquerque Sign Language Academy and am a sales associate and social media coordinator at Heart & Sole Sports.”

CCC: Do you still run competitively? 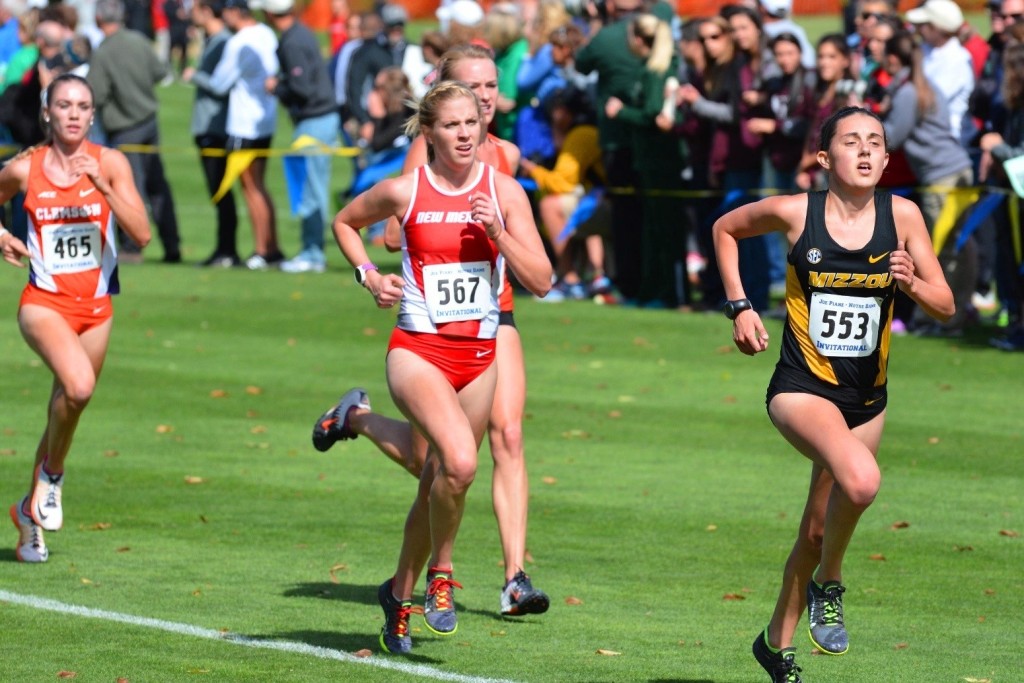 Andrews Martin (#567) now runs for the University of New Mexico Lobos as a graduate student-athlete.

LA: Yes, I currently run for the UNM Lobos. UNM has the Adapted PE graduate program I was looking for and I still have eligibility left to compete at the NCAA level. I hope to continue running competitively after college in the professional running world.

CCC: If someone were to you ask you why you went to Columbia College, what would you say?

LA: I went to Columbia College seeking opportunity. I saw the opportunity to further my athletic abilities, to learn more about the world of Special Education and to expand my overall intellectual and social development to successfully transition into adulthood. I loved the professors, I found the campus to be beautiful and fun. I made great friends and I enjoyed athletic success.

CCC: What about running appeals to you?

LA: What appeals to me the most about running would be the freedom and the fairness. You have the freedom to determine your own success or failure and the freedom to often run anywhere and anytime you want. Some days if I feel particularly inclined, I can go run in the foothills of the mountains if I want!

Most other sports have such strict time schedules and routines, but running is completely different. I also think that freedom is prevalent in this sport in that you can free your mind while running. In many sports, there’s a lot of focus and planning for each next play, but in running you can really determine your own thoughts. Certainly in races there is a lot of focus and planning, but on a regular run you have the freedom to just check out!

The fairness of running comes in competition. Where you finish in a race is where you finish, with very little room for debate.  There are occasional circumstances for argument, as well as coaching decisions, but overall, the results generally don’t lie and I like that. Although, I will add that there are often many behind the scenes circumstances that can impact those results, but in the end, you do your best and whatever happens, happens!

CCC: How important was your relationship with your coach and teammates?

LA: I think the coach-student athlete relationship cannot be understated. It is absolutely one of the strongest components of success. Coach Cornell and I started building that relationship a very short time after he was hired (more than four years ago) and he helped shape me into the runner I am today. At the time, I hadn’t been running very much and was very unfit, but he was very patient with me and helped me get in great shape and avoid injuries!

While any sport is dependent on the effort you put into it, I think running in particular requires so much physical and mental focus that a coach’s guidance is of vital importance. Coach Cornell not only took my training and ramped it up to develop my physical abilities, he also helped develop my mental toughness to learn how to be a great racer and perform successfully in championship races.

Anyone can be a hero in practice, but it takes great courage and strength to perform your best under pressure and Coach Cornell and many of the CC athletic staff members helped me develop those skills. I am very thankful for everyone at CC and their support, both as a Cougar and now as a Lobo. Coach Cornell and I still talk fairly often, and his support has really helped me in my transition here. He has been very encouraging and supportive of me all season, and I’m so grateful for that.

CCC: What advice would you give to current student athletes before graduation?

LA: Try not to take yourself too seriously. Enjoy every minute, even on the difficult days, because before you know it, it will be over! It’s so easy to get so caught up in planning and prepping for tomorrow that we often forget to enjoy today!

That’s something that I realize last season and I’m just trying to enjoy every minute. I would also really advise them to have a positive attitude every day. It’s so easy to have negative thoughts after a hard workout or a bad performance, but that negativity only fosters more negativity. If we can just focus on the positives out of every circumstance, it’ll make everything much more enjoyable! That’s true for athletics and really anything in life!

CCC: What are some of your favorite memories of being a student athlete?

LA: Almost one year ago, I was in Geneva, Ohio for my second NAIA Indoor Track & Field Championships. Prior to that weekend, Jordan (my then boyfriend, now husband) who was a student coach at the time (after ending his running career at CC), planted a seed in my mind that I could try and go for the win in both the 3K and the 5k races, which is practically unheard of. While it was nice that the prelims were on different days, the finals were both on Saturday and only had one event in between them, which is nearly impossible. Coach Cornell and I went back and forth about it for a few days, until he realized I had my mind set on it, and he too, believed I was the person who could conquer this feat.

I comfortably won the preliminary heats for both events on Thursday and Friday and spent as much time recovering as I could for Saturday. That morning, I remember watching Hannah Fields (one of the most decorated NAIA athletes of all time, who now runs professionally for Brooks) dominate in the mile, knowing I had to race her in the 3k later that day. I was absolutely terrified. But the coaches reminded me of how strong I had become and how ready I was to get a win. I ran that race, and it was clear that Hannah knew I was a threat. She was able to run me hard from the start gun and hold on to the victory, while I placed second. As soon as I crossed that line, I had to focus on channeling my heartbreak into my upcoming 5k. I had exactly 25 minutes from the time I finished the 3k before I toed the line in the 5k, not to mention about 10 minutes of that was occupied with the awards for the 3k.

I went into the 5k ranked 1st, but the other women knew I was tired from my previous race. I started in nearly last place, hugging the inside of the track and trying not to trip on anyone. As the race continued, I slowly made my way to the top 3. It was two other women and I who had broken far away from everyone else in the race. On the bell lap (300M to go), I took the lead and went for it. I remember Coach Cornell, Jordan, my family and teammates cheering as hard as they could to give me that extra boost. The next thing I knew, one of the other top 3 runners was flying past me with 100M to go. I realized what was happening and kicked as hard as I could. She and I ran our last lap so fast that we had gained nearly 10 seconds on 3rd place and around 30 seconds from 8th place (the last All-American spot). But in the end, she beat me by 0.7 of a second. It was one of my proudest moments as a runner, but also one of the most heartbreaking. I went into the awards unsure if I felt like crying or celebrating the fact that I had done the deathly double.

Even though it was heartbreaking to not be a National Champion in either event, I have never felt so strong and confident than I did after that day. Everyone at CC showed me so much support, and helped me heal from that heartbreak. That day helped shape who I am as a person, and showed me how strong I can be if I just believe in myself and set my mind to something, and that’s a memory I’ll cherish forever!