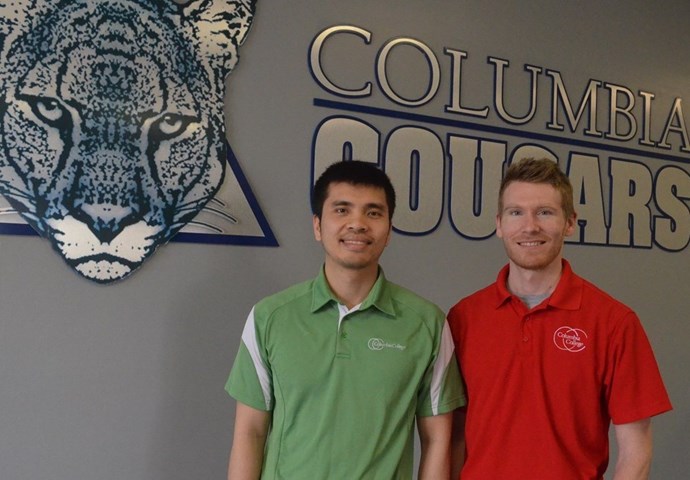 Columbia, Mo. – Columbia College President Dr. Scott Dalrymple officially announced the appointment of Duong Pham and Matt Meininger to lead the new Cougar eSports team.  Pham and Meininger, current Columbia College technology services employees, will serve as head and assistant coach, respectively, and assist Bryan Curtis in all aspects of the program. Curtis is the Coordinator of Facilities and Intramurals for the Cougar athletic department and is serving as the director of eSports.

‘Pham is a talented player but more importantly he has the work ethic, positive attitude, and coaching ability to make our team a success,’ says Dalrymple. ‘Matt is another talented player in his own right and his enthusiasm for the game will go a long way towards ensuring our success in this new endeavor.’

Duong Pham is the CC Senior Programmer and will be the eSports head coach. He is an experienced League of Legends (LoL) player and has been active with the game since 2012. He is currently ranked in the top 25 percent of the North American server in LoL.