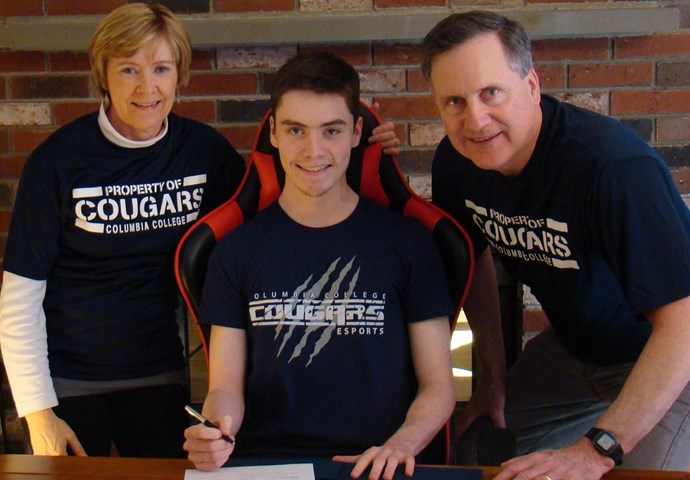 The Columbia College eSports Program officially announced its first ever signing to the program by Connor Doyle. Doyle will join the Cougars and begin classes in August.

Artemis, as he is known in the League of Legends (LoL) game, is from Winthrop, Maine and graduated from Winthrop High School where he was a three sport captain in soccer, basketball and baseball. Following high school, Doyle attended Colby College where he is currently the captain of their LoL team.