Mike Sleadd shares his “Tools of the Trade” 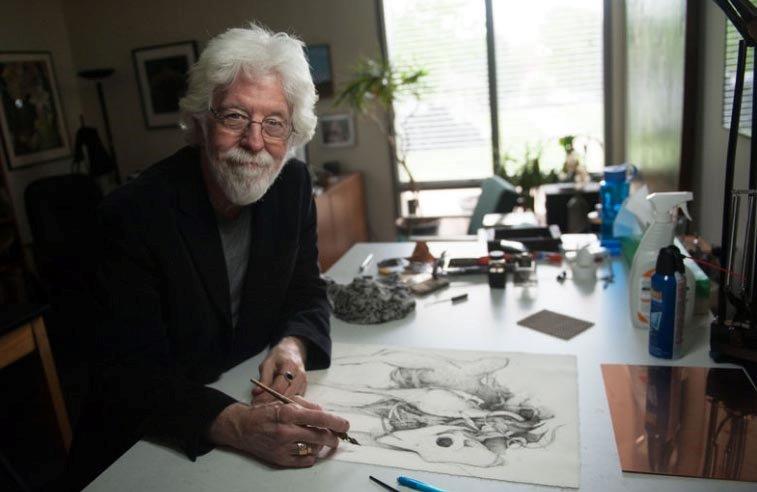 “For more than 40 years Mike Sleadd, the chairman of the visual arts and music department at Columbia College, has been creating drawings that are gloriously grotesque. Sleadd’s work is invested with a rascal’s wit, more gravity than might first be apparent and a wealth of minute marks and fine points. So when Sleadd’s preferred ink brand changed its formula, he was quick to notice. Watered down, it had lost its rich blackness. The change — and subsequent search for a new ink — would be hard for any artist, but especially one as attentive to the little things as Sleadd.”

READ MORE: “Tools of the trade”  via the Columbia Daily Tribune’s Aarik Danielsen