The Chinese pavilion in the backyard 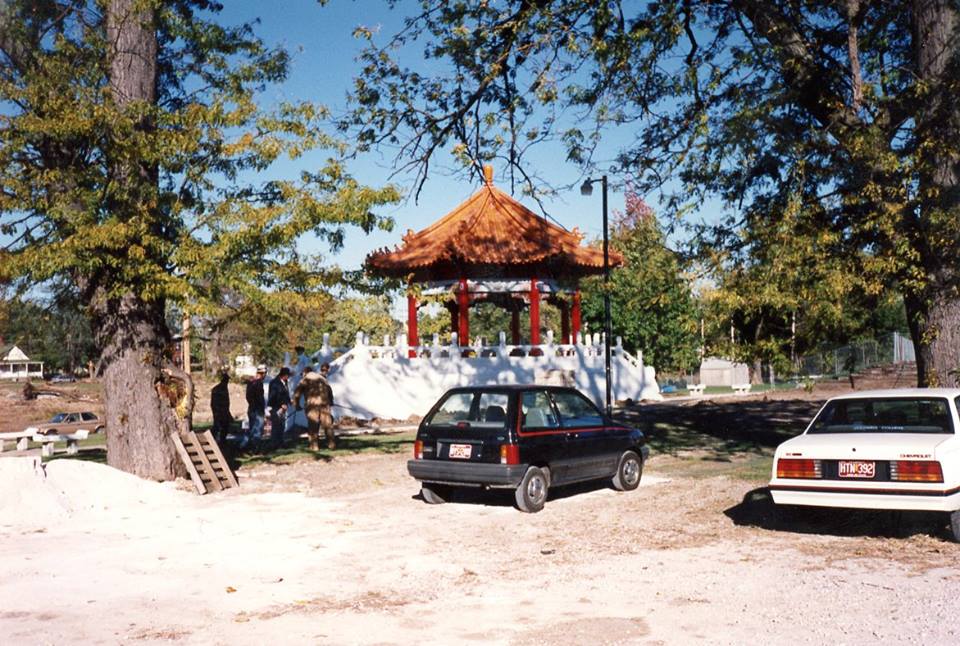 *** All photos provided by the Columbia College Archives ***

When your college campus is more than 160 years old, you start to collect stories. There’s the Grey Lady who haunts St. Clair, the remnants of the riding farm from a bygone era and a Chinese pavilion that used to live out back.

The concept for the pavilion arose after Columbia College President Dr. Donald Ruthenberg visited Taiwan in 1984. Dr. Ruthenberg met with the president of the National Taiwan Academy of Arts, Dr. T. L. Chang, and was inspired to create a monument to the friendship of the two nations as well as the relationship between Columbia College and international students from China, Japan and other Asian countries.

As Dr. Ruthenberg’s connections to Taiwan became stronger and Columbia College and Taiwanese institutions worked out partnerships for both faculty and students, the Taiwanese government offered the college the gift of a handcrafted Chinese pavilion to represent the countries’ friendship.

Dr. Ruthenberg envisioned a great local attraction with the pavilion, a garden and an annual festival located on the main campus. Unfortunately the pavilion was the only project that ever saw completion as U.S. Customs blocked the planned 500 plum trees.

Initially built in Taiwan, the pavilion was 31 feet tall and 72 feet long and weighed 26 tons. Created over the course of six months, dismantled for transportation and sent on a three-week sea journey, the rosewood and terra-cotta pavilion finally arrived in Columbia in June 1990, where it was reassembled by two Columbia-area building crews under strict instruction by Guo Te-Lan, the engineer and founder of the Tradition Sculpture and Relief Company, Ltd., of Taipei. 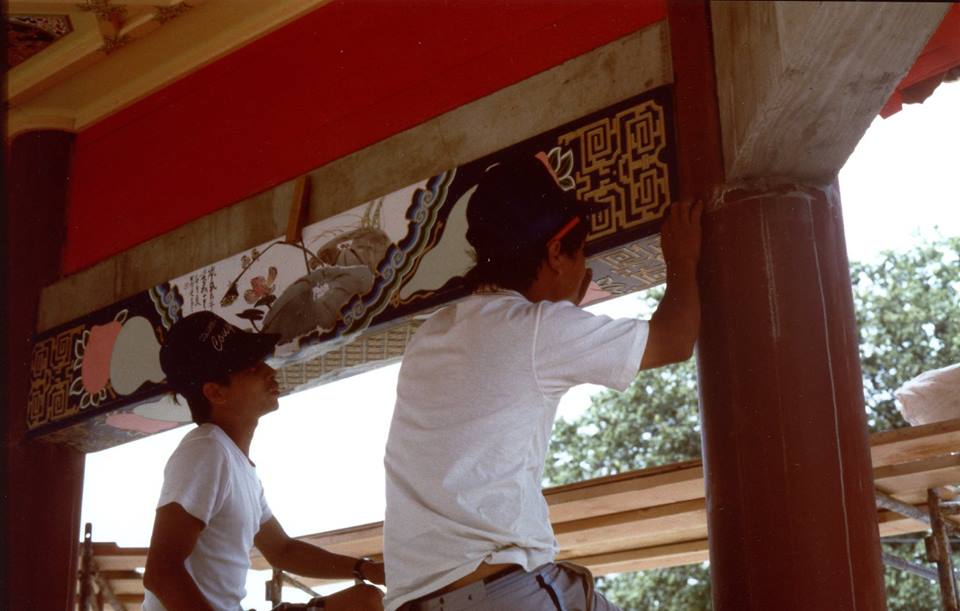 And while the physical representation of friendship between Taiwan and Columbia College was being created, Dr. Ruthenberg worked to create an exchange program for Asian students wanting to study in the U.S. The program, which accepted 30 to 35 students, received 276 applications. A year after the pavilion was erected on campus, 23 percent of the student body on campus was international.

Though the relationships between Columbia College and various international schools and countries still thrive today, the Chinese pavilion that started it all has long since crumbled. Not built to withstand the harsh Missouri winters and hot, humid summers, the pavilion fell into disrepair.

The campus went through many renovations after moving to the hands of college president Gerald Brouder, but nothing could be done to save the delicate structure of the pavilion. Though many council members from the U.S., Taiwan and China were brought in for discussion, they all agreed the pavilion should be dismantled and saved in parts. No longer on display, pieces of the pavilion still remain on campus today. 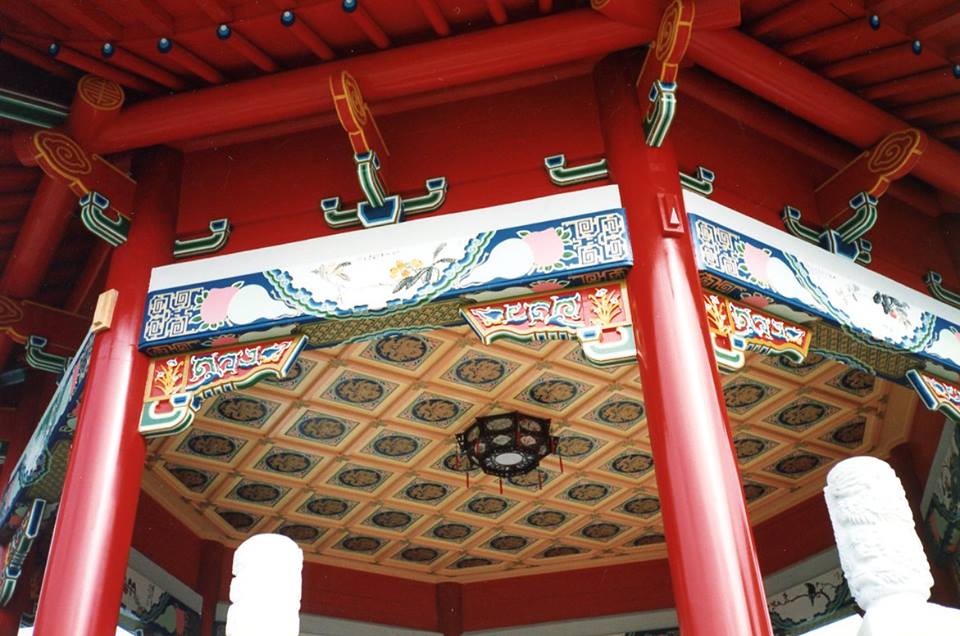 “A Symbol of Friendship.” Dedication program from October 1990.